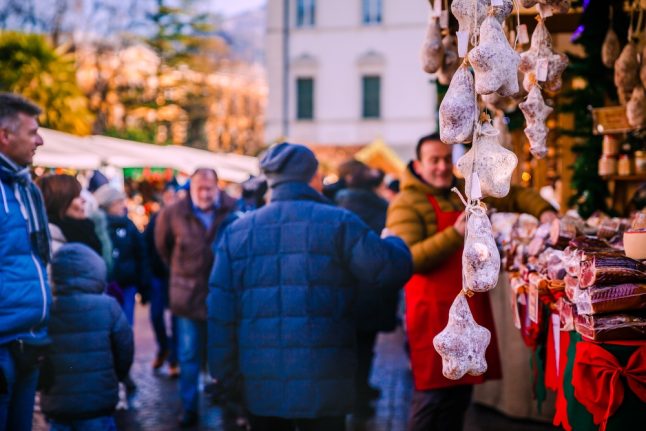 With Christmas shopping well underway, Italians are reportedly some of the biggest spenders in Europe with the average family allocating 549 euros for the holidays, according to the latest reports published by Statista.

The only European countries in the survey that will spend more in 2019 are Spain (554 euros per family) and the UK (639 euros).

Italians' spending on food and gifts is expected to rise by 2.3 percent this year, according to a separate survey by consumer group Federconsumatori.

Spending figures have been slowly rising year on year since 2015 after falling or stagnating for eight years previously, according to Federconsumatori figures.

The biggest increase in spending in Italy will be on food and drink, with more money spent on items like Franciacorta sparkling wine and “branded” versions of panettone and pandora Christmas cakes, Federconsumatori found. A seperate Statista survey this month found some regional variations: most of those planning to spend more then 500 euros on Christmas gifts were living in the north west of the country, while the majority of those not planning to buy any gifts at all came from the Italian islands.

Over 68 percent of Italian families will make at least one purchase online, mainly on electronics and clothing, though Italians still prefer to buy toys in physical stories – both to check the quality and safety of products, and to avoid the risk of shipping delays.

Many Italians will have their holiday spending offset by the tredicesima, or the “thirteenth”, an extra month's salary paid at the end of December to many (but not all) Italian workers, particularly state employees.