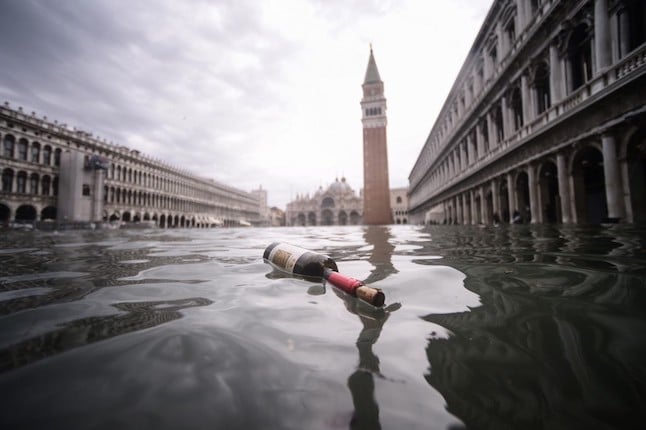 The country has been repeatedly battered by extreme weather this year, including the wave of intense storms that wreaked havoc across the nation last month and devastating record floods in Venice.

There have been some particularly disastrous storms and other events across the country in previous years, too. Although extreme weather events have always existed and Italy is no stranger to natural disasters, experts say the climate crisis is making such events more frequent and more intense.

Here are a few surprising recent statistics that show the impact of the climate crisis on Italy today.

148 – the number of extreme weather events recorded in Italy in 2018. They led to 32 deaths and caused 4,500 people to be displaced from their homes, according to a report released last month by environmental association Legambiente.

33 of these 148 events were recorded in Rome, making it the Italian city most at risk from climate change. A separate study found the capital also has the highest flood risk in Europe.

19,947 – the number of deaths in Italy which were connected to extreme weather events in the 2009-2018 period, according to the latest edition of the Global Cimate Risk Index by NGO Germanwatch.

1.87 metres – or six feet, the height of the particularly intense acqua alta in Venice when it peaked on Tuesday november 12th 2019.  It was just short of the 1.94 metre record set during the “great flood” of 1966.

16 – the number of Italian regions (out of a total of 20) which requested a state of emergency declaration in Italy in 2019 due to floods and storm damage, according to government figures.

26th – Italy's ranking in the 2020 edition of the annual Climate Change Performance Index (CCPI), released on Tuesday, which compares the climate protection efforts and progress made by individual countries.

Of the varios global climate rankings, the CCPI is broadly considered one of the most thoroughly researched. It is produced by NewClimate Institute and GermanWatch along with the world’s largest network of climate NGOs., Climate Action Network

The index collates assessments of factors including the use of sustainable energy, greenhouse gas emissions and political action.