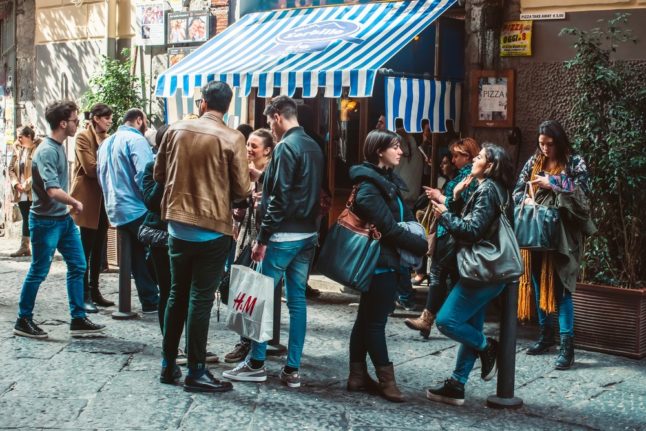 Which Italian verb tenses are you going to hear used most in the street? Photo: DepositPhotos

The number of verb tenses in Italian can feel overwhelming. Italian has a total of 21, divided into two forms (compared to 12 tenses in English) and a total of seven moods, also split into two categories. (Here’s a full explanation of what that means.)

But all this can feel a bit much when you’re still perfecting your coffee order.

All of these tenses are still in use in Italy. But how many of them do you really need to know, at least at first? How many will you actually use in everyday life?

While your Italian language teacher will no doubt say “all of them” (and you’ll get there eventually) some tenses are going to come in far more immediately useful than others.

It might be years before you fully understand them all. After all, ci vuole tempo (it takes time). But that’s ok.

Italians themselves rarely use some of the more obscure tenses, particularly when speaking. Some will only come in useful when writing an essay, for example. Much like English speakers, who rarely use a couple of their 12 tenses. For casual conversation, only a few tenses are really needed. Photo: AFP

So if you want to start speaking Italian right away, here are five of the most immediately useful tenses that you can’t get by without.

These are also the tenses most likely to feature in beginner-level Italian classes and exams – though these may vary between schools.

The most useful tense of all. Just like the simple present tense in English, you’d use this to talk about something that relates to the present moment or to talk about your habits/hobbies.

– I run every morning

And this tense can also replace the future tense to talk about something you’re going to do later, so it’s basically two tenses in one. Very useful!

– I will go to the cinema tomorrow

Even though you can replace the future tense with the present in many situations, the futuro (like the simple future tense in English) is still used a lot in spoken Italian. You’ll need to understand it, at least.

– Next month I will go to Italy

READ ALSO: Ten of the most common Italian mistakes you should avoid The “near past” is the most common past tense used in the spoken language. Much like the present perfect tense in English, you can use this verb tense to talk about something that happened in the past but is now finished or complete.

It is usually something in the recent past. But in the centre and north of Italy, it’s also often used in place of the more grammatically correct Passato remoto when talking about the distant past.

– I was born in Milan

Like the passato prossimo, the imperfetto is very commonly used to talk about the past. You’ll hear it a lot. This time, it refers to continuous actions or past habits, making it similar to the past continuous tense in English.

You’d use it to talk about past habits (which you no longer have) or a continous action that happened in the past.

– Yesterday I was at school

You’ll find yourself using the imperativo presente or imperative a lot in informal situations when you need to ask for or tell someone to do something. If you have Italian family members this might be the most frequently used one of all!

– Pass me the bread, please

So there you have it. If you’re just starting out on your Italian language journey, or if you’re starting to feel a little lost, don’t let those 21 tenses intimidate you.

Take them on one at a time, and you’ll find yourself easily switching between tenses before you know it.