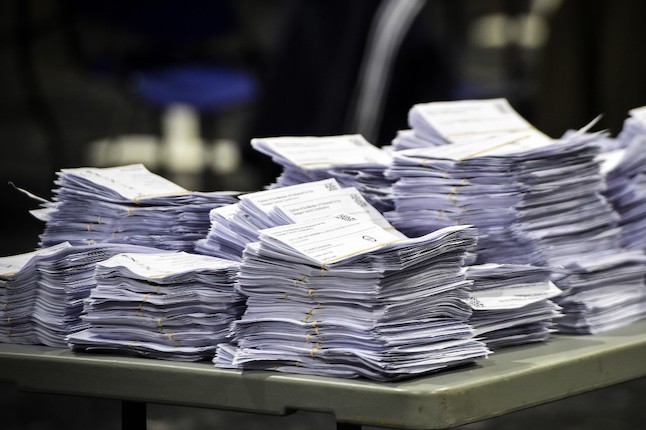 One of the first to congratulate Tory Prime Minister Boris Johnson was Matteo Salvini, leader of the League party and Italy's right-wing opposition.

“Go Boris go! Left defeated in Great Britain too,” he tweeted with a smiley emoji late on Thursday.

Earlier in the day he'd sent his regards to Johnson and Brits in general, remarking: “Lucky them, they're voting today.”

Salvini is crossing his fingers for another election in Italy since pulling his party out of a coalition government in August.

ANALYSIS: Here's why Italy's Matteo Salvini is down, but not out

Meanwhile Matteo Renzi, former prime minister and now head of the centrist Italia Viva party, claimed that the UK left had played into the hands of their opponents.

“The radical and extreme left is the best ally of the right,” he tweeted. “You can continue to insult Blair and keep supporting Corbyn but this way in the end the radical right wins. And in the end Brexit will also be the fault of this Labour Party.”

Renzi, who is often compared to Tony Blair – not least by himself – may have been warning his former party, the centre-left Democratic Party or PD, not to veer any further to the left if it hopes to defeat the likes of right-wing populist Salvini.

The PD currently governs Italy in a volatile coalition with the anti-establishment Five Star Movement (M5S), an arrangement that prompted Renzi to quit the PD and set up his own party.

Neither the head of the PD, Nicola Zingaretti, nor the leader of the M5S, Luigi Di Maio, had commented on the UK election by Friday morning.

But opposition leader Giorgia Meloni, head of the far-right Brothers of Italy and one of Salvini's allies, joined in the congratulations on Johnson's “great victory”.

“Once again coherence pays off, now the will of the British people will finally be respect,” she tweeted. “It's our duty to defend Italian interests in a new relationship of cooperation with the UK.”

An estimated 700,000 Italian nationals live in the UK, making Brexit – which now looks set to proceed early next year – a pressing concern in Italy too.

Asked about the consequences of the British vote for Italians, Prime Minister Giuseppe Conte said his government was working with those affected “constantly”.

“We had already prepared to offer [Italians in the UK] full protection in the event of a 'no deal', and now an orderly Brexit looks likely,” Conte commented on Friday.