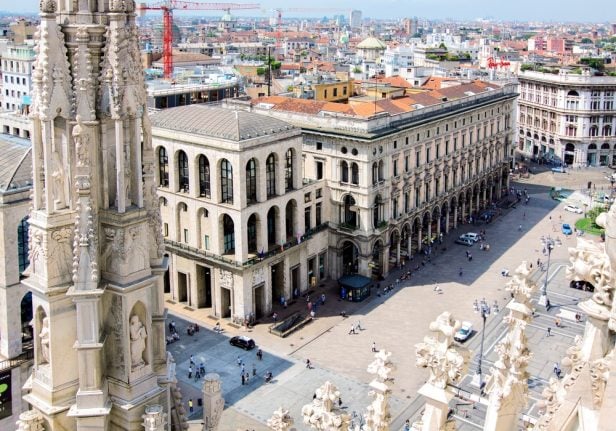 If you're planning to relocate to Italy in hopes of enjoying the famous Italian lifestyle, you'll have to think carefully about which part of the country you choose. As with so many things in Italy, regions, towns and cities vary greatly when it comes to the quality of life.

Giving us a picture of the best and worst places to live in the country, Italian financial newspaper Il Sole 24 Ore on Monday released the 2019 edition of its annual quality of life survey.

The northern city of Milan topped the list for the second consecutive year, with the study awarding it the best overall quality of life ranking overall. A market in Rome, which ranked 18th overall. Photo: AFP

Milan has long been a favourite among Italy's international residents, as it's seen as a business and cultural hub with good employment opportunities. However, a separate study earlier this month ranked Milan, along with Rome, among the “worst” cities in the world for foreigners to live in.

The capital, Rome, was ranked the 18th best place to live in Italy, while Venice came ninth.

According to the Il Sole 24 Ore study, the worst place to live in Italy is the town of Caltanissetta, in central Sicily, which came last for the fourth time in the history of the ranking.

The rankings are based on criteria including the strength of the economy, environmental factors and leisure activities.

For this year's special 30th anniversary edition, the total number of indicators used to measure “quality of life” was increased from 48 to 90.

Of course, not everyone is looking for the same things when choosing a place to live. so the stufy has also broken down its findings into six different macro categories, awarding top spots to different towns for the following criteria: Lake Como was ranked as the 40th best place to live in Italy. Photo: Depositphotos

In all macro categories, the top spots are notably dominated by northern Italian towns.

Milan aside, many of the best places to live in Italy were found to be medium-to-large towns and cities, and the majority are found in northern or central Italy.

As in previous years, there's a marked north-south divide in the results, with many southern towns and cities scoring relatively poorly overall.

The top 50 Italian towns and cities to live in:

READ ALSO: These are all the Italian towns offering houses for one euro

LIVING IN ITALY
EXPLAINED: How can you stop nuisance phone calls in Italy?
Url copied to clipboard!