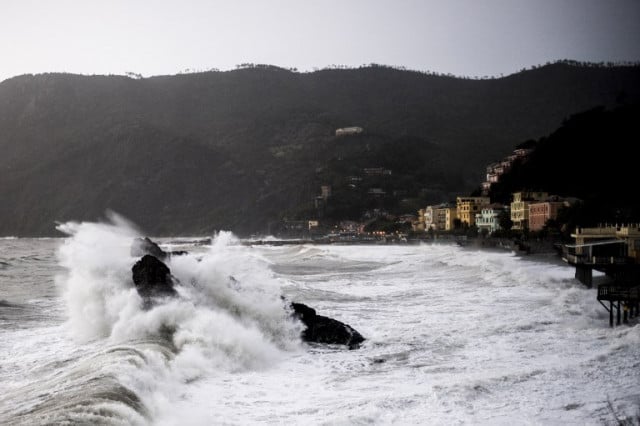 The northern Italian region of Liguria was placed on red alert (the highest level) by Italy's Department for Civil Protection with strong winds and storms coming from the north expected to batter the region throughout Friday.

Some roads have been closed in the area as a precaution including the A6 motorway, between Savona and Altare, from 8am on Friday

There are fears the storms could trigger mudslides like the one which destroyed part of a bridge on the same stretch of road during heavy rain in November.

Neighbouring Piedmont was placed on a lower amber alert, along with Lombardy and Liguria, extending to Tuscany, Emilia-Romagna, Veneto and Friuli Venezia Giulia.

All ten regions are expected to be hit by “heavy rain showers, frequent electrical activity and strong gusts of wind,” officials stated.

Though expected to be less severe, bad weather is also expected this weekend in Umbria, Lazio, Abruzzo and Molise, particularly in mountainous areas.