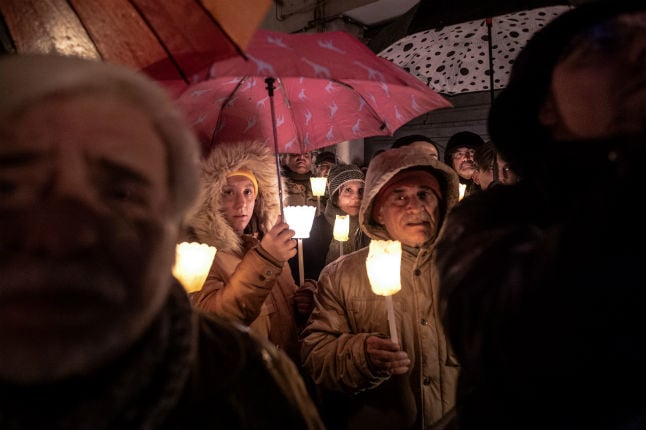 People hold torches and candles during a demonstration against anti-semitism. PHOTO. Marco Bertorelli/AFP
A Star of David and the words “Juden Hier,” German for “Jews Here”, were daubed in black paint on the door in the Piedmont town of Mondovi, where a member of the Italian anti-Fascist resistance lived until her death in 1996.
READ ALSO: 'I get threats too': Italy's Salvini denies 'minimising' threats to Holocaust survivor
Lidia Beccaria Rolfi's son Aldo, who lives in the house now, said the attack followed the publication of an article in which he talked about his mother and warned of the rise of anti-Semitism.
“This happened here, in Mondovi, in 2020”, Stefano Casarino, head of Italy's National Association of  Italian Partisans (ANPI) told the crowd as Rolfi tore away a police anti-obscenity cover to reveal the graffiti beneath.
Rolfi slammed the vandals as “utterly ignorant”, not least because his mother was not Jewish.
Beccaria Rolfi joined the resistance at the end of 1943. She was arrested and deported to Ravensbrueck concentration camp as a political prisoner in June 1944, before being liberated just under a year later. 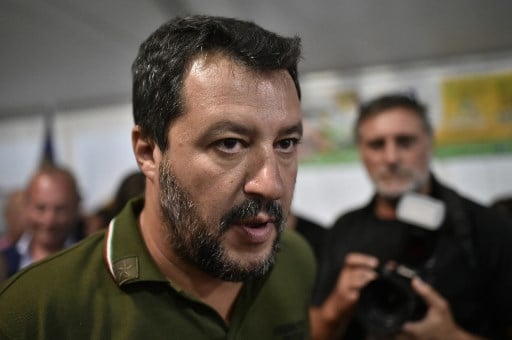