The director of Rome's Santa Cecilia conservatory, Roberto Giuliano, told school professors of the suspension in an email sent on the afternoon of January 29th, Italian newspaper La Repubblica reported.

The blanket ban applies to “East Asian students (Chinese, Koreans, Japanese, etc.), as well as others from affected countries”, the director wrote, irrespective of whether those students had recently travelled to areas affected by the disease.

The ban will remain in place until students are cleared by a medical exam organised by the university, the email stated.

“The conservatory doctor will visit them all on Wednesday February 5th. Only those who pass the check can be readmitted to attendance.”

Staff and students raised concerns about the indiscriminate testing of all students of certain nationalities, with one music teacher saying he felt “shocked” at the director's message, and calling it “insane.”

“It will discriminate, spread fear, it's absurd,” the teacher told La Repubblica.

The teacher also disputed a claim made by Giuliano in the email that “the conservatory's doctor” would perform the ordered examinations, saying: “What doctor? We've never had one.”

The 81 East Asian students at Santa Cecilia have asked to meet with the director and other senior staff, without success at the time of writing.

“We've just seen the director leave the building and walk away,” said Kim, 25, and Hwang, 24, two South Korean students who had gone to the conservatory to demand answers.

Neither of them have ever visited China.

“I haven't even been home to Korea in two years,” Kim told The Local. “We're not against checks in themselves, but this is madness – it's wrong for them to test only Asian students.”

They claimed that while they themselves had not yet tried to enter the building, another Asian student had been refused access by security staff.

William, 24, a Chinese student of opera at the conservatory, told The Local he questioned the motives of the direction, complaining that the move was “quite racist”.

He questioned why Chinese students who had not visited their home country in more than six months, and therefore had as much probability of exposure as their Italian classmates, were being treated differently. Nonetheless, he thought it would be appropriate for Chinese students who had visited China over the past two months, since the beginning of the current outbreak, to be isolated and tested for the virus.

The director's move came on the heels of previous accusations of unequal treatment of East Asian students at Santa Cecilia.

In November 2019, tuition fees for foreign students from certain countries, including Japan, China and South Korea, were raised significantly – to up to 8,000 euros per year for certain courses while Italian and EU students pay a maximum of 1800 euros.

A group of students from these three countries has asked for legal advice from the Chinese embassy to fight against the raise in fees.

Kim gave voice to the frustrations of many of her classmates: 'We pay 6,000 euros a year, and they treat us like this?' Chinese people in Italy have reported suffering discrimination this week amid the coronavirus scare. Photo: AFP

Other music schools in Italy have adopted less dramatic measures. The Como Conservatory has asked all students returning from trips to China to not come to classes for fourteen days after the date of their return.

A Chinese student at the Franco Vittadini Conservatory in Pavia, who recently returned to Italy after a trip to his hometown near Wuhan, the centre of the outbreak, was accompanied to hospital by his tutor for testing. Although the results of the tests were negative, the University has advised the student to quarantine himself for fourteen days.

The controversy unfolded amid growing fears of the spread of the coronavirus, shortly before the first two cases in the country were confirmed in Rome.

Two Chinese tourists, thought to be husband and wife, who were staying at a hotel in central Rome tested positive for the virus on Thursday.

The Italian government on Thursday night suspended all flights to and from China as a result.

Over 6,000 tourists spent Thursday stranded on a cruise ship at Civitavecchia, a port north-west of Rome, after authorities said two Chinese passengers were feared to have the coronavirus.

Those two suspected cases tested negative, and passengers were allowed to disembark on Thursday night. 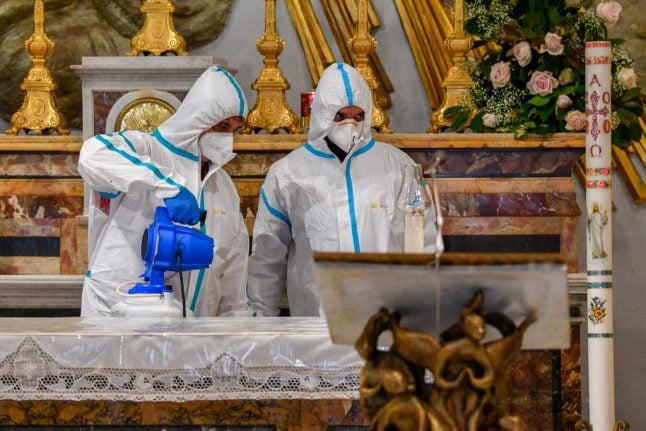 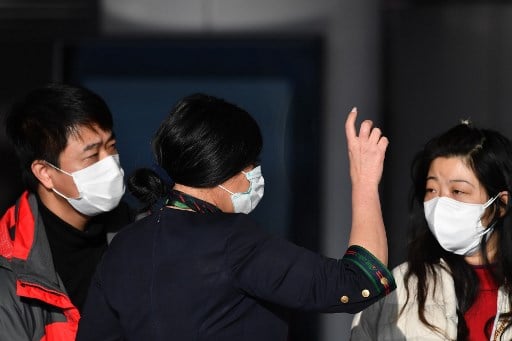