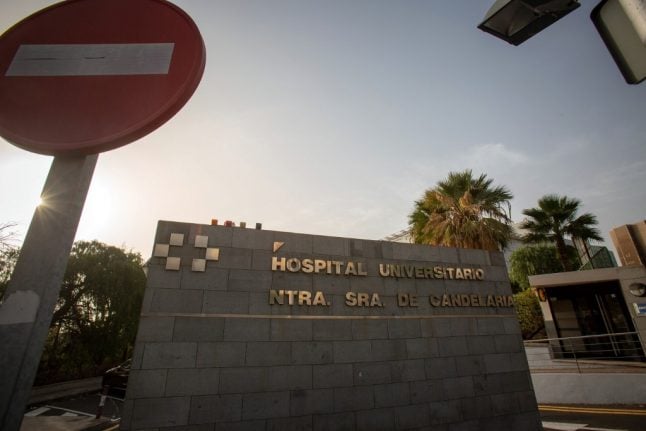 Italy's 12 death occurred in the central Emilia-Romagna region. The victim was a 70-year-old man from Lombardy, the region most affected by the recent surge in the number of coronavirus cases.

All 12 of those who have died so far in Italy were either elderly or had pre-existing medical conditions.

On Wednesday the EU stressed that the outbreak of the novel coronavirus in Europe is concerning but no reason for alarm.
“This is a situation of concern but we must not give in to panic,” EU Health Commissioner Stella Kyriakides told reporters in Rome after meeting Italian Health Minister Roberto Speranza.
“We must also be vigilant when it comes to misinformation and disinformation as well as xenophobic statements which are misleading citizens and putting in question the work of public authorities,” she added.

Meanwhile Italy's European neighbours have pledged to keep borders despite the new coronavirus spreading down the country to Tuscany and Sicily and a surge in the number of infected people.

Prime Minister Giuseppe Conte has blamed poor management in a hospital in the country's north for the outbreak.

All 12 of those who have died so far in Italy were either elderly or had pre-existing medical conditions.

But health ministers from Italy's neighbours — meeting in Rome along with the EU's health commissioner — pledged to keep the frontiers open Tuesday.

They said closing borders would be a “disproportionate and ineffective” measure, even as numbers of infections continue to rise.

READ ALSO – MAP: The parts of Italy most affected by coronavirus His Germany counterpart, Jens Spahn, who was also at the Rome meeting, said they were “taking the situation very, very seriously.

“The coronavirus has reached Europe for the first time in a situation where we don't understand every chain of infection and they can't be connected directly to China.

“This means we have a new situation to deal with. I have said it could get worse before it gets better and this assessment still stands,” he added.

Tuscany reported its first two cases, including one in the tourist destination of Florence, while three emerged in Sicily — including a husband and wife from the worst-hit Lombardy region, where 240 people have tested  positive.

The Liguria region, known as the Italian Riviera, also reported its first case.

READ ALSO: Why has Italy seen a surge in the number of coronavirus cases?

Hundreds of people were confined to their rooms in a Tenerife hotel in Spain after an Italian tourist was hospitalised with suspected coronavirus, health officials in the Canary Islands said.

Croatia confirmed the first case in the Balkans region after a young man recently returned from Italy — which lies across the Adriatic from Croatia — was found to have become infected.

One was an Italian receptionist working at a hotel in the Alpine city of Innsbruck, which was consequently put under lockdown.

One of the two patients is from Lombardy. Switzerland also reported its first case.

While borders remain open, several governments have announced additional measures for incoming travellers, in particular from the two northern regions of Lombardy and Veneto.

They range from medical screening to special gates at airports and recommendations to self-isolate.

Conte insisted however that Italy's health protocols were “among the most rigorous.”

Wide-ranging measures to halt the spread of the virus have affected tens of thousands of people in the north of Italy, with schools closed and cultural and sporting events cancelled.

Several upcoming football matches in Italian Serie A and the Europa League will be played behind closed doors.

Production of the latest “Mission: Impossible” film starring Tom Cruise in Venice has also been stopped.

The main centre of infection in Italy has been the town of Codogno, a town of some 15,000 people around 60 kilometres (35 miles) to the south of Milan.

Codogno and several other towns in northern Italy have been put under isolation.

The 38-year-old man dubbed “Patient One” by Italian media was admitted to hospital last Wednesday in Codogno, and it is thought a large number of the cases in the worst-hit region of Lombardy can be traced back to him.

His heavily pregnant wife, several doctors, staff and patients at the hospital are thought to have caught the virus from him.

Elsewhere in the country officials have also been recommending precautionary measures, even in areas without known infections.

In Calabria in the south, bishops have asked their worshippers not to make the sign of peace during mass, media reported.