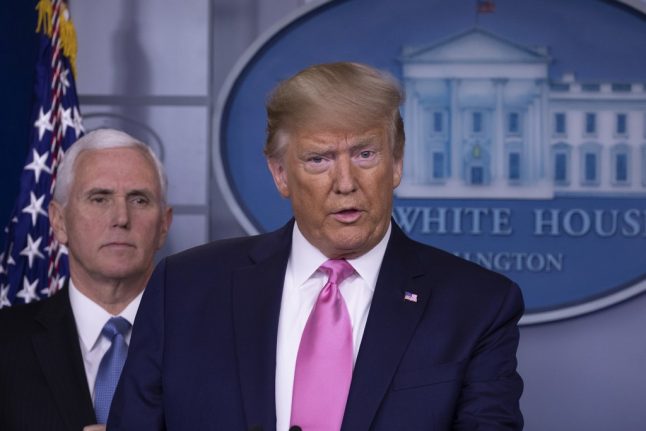 Donald Trump said on Wednesday he was considering US travel restrictions on Italy and South Korea over coronavirus fears, adding the situation would not inevitably worsen in the United States.

The president's optimism about containing the pathogen contradicted a senior health official in his own administration and came as authorities said they had identified the first case of unknown origin in the United States.

As of Wednesday, there were 60 cases in the United States — 15 detected through the public health system and 45 repatriated from abroad, either from a cruise ship off Japan or from Wuhan, the Chinese city where the first cases were identified.

'Italy is a deeper problem'

Foreign nationals traveling from China within the past two weeks are currently banned from entering the US, and Trump said more countries including Italy could be added to the list.

South Korea has almost 1,600 cases, the highest outside China, while Italy has 452 and has reported 12 deaths linked to the virus.

“Italy is, you know, a deeper problem, and we're checking people coming in very, very strongly from those and at some point we may cut that off,” Trump added. On Wednesday night the State Department raised its travel advisory caution level for South Korea to the second-highest, now urging Americans to reconsider traveling there.

Trump added that Vice President Mike Pence had been assigned to lead coordination of the government's response and would report back to him, taking over the role from Health Secretary Alex Azar.