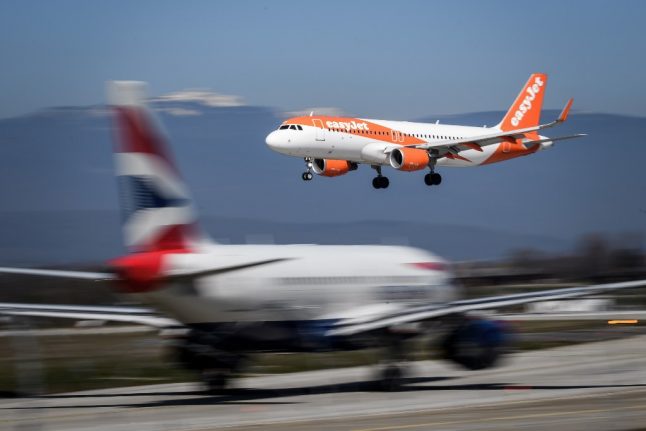 Easyjet announced on Friday it was cancelling flights to northern Italy due to the impact the ongoing coronavirus crisis is having on the airline.

Some other easyJet routes may also be affected.

The announcement comes after a recent surge in the number of coronavirus cases in Italy, particularly in the northern region of Lombardy, whose capital is Milan.

“We have seen a significant softening of demand and load factors into and out of our northern Italian bases,” easyJet said.

“Further we are also seeing some slower demand across our other European markets. As a result, we will be making decisions to cancel some flights, particularly those into and out of Italy, while continuing to monitor the situation and adapting our flying programme to support demand.”

Easyjet wasn't the only airline to cancel flights to Italy.

British Airways announced on Thursday it would be cancelling some direct flights between London's airports and various places in Italy over the next few weeks due to “reduced demand” following the coronavirus outbreak.

Some 56 roundtrip flights are cancelled from London Heathrow and Gatwick to Italian destinations including Milan, Bologna, Bergamo, Venice and Turin between March 14 and March 28.

A British Airways spokesperson said the company would be contacting affected passengers to “investigate travel options including, where possible, offering alternative flights, full refunds, or moving reservations to another date.”

Wizz Air stated on Thursday that it would be cutting two-thirds of its flights to and from Italian airports for three weeks, between March 11 and April 2, due to lack of demand.

Flights during that period will be cut from a planned 815 to 313, with routes between Italy and Poland and Romania hit hardest. Wizz Air said in an email statement that all affected passengers would be notified and fully reimbursed.

Brussels Airlines has announced that it has cut the frequency of its flights to some destinations in Italy by 30% because of a drop in bookings.

On Friday Italy's foreign minister pleaded with tourists and business people not to turn their backs on Italy over the crisis.

Hotel bookings have slumped and nearly a dozen cities in the north are in lockdown as the number of infections reached 650 and deaths hit 17 — by far the highest in Europe — according to the latest figures from the civil protection agency.

As alarm grows, Foreign Minister Luigi Di Maio condemned “false reports circulating abroad” about panic in the country, saying they were doing “more damage” than the virus itself.

“If schools are open, if our children are going to school, tourists and business people can come,” Di Maio said.

“Out of over 7,000 towns in Italy, just over a dozen are affected by this epidemic.”