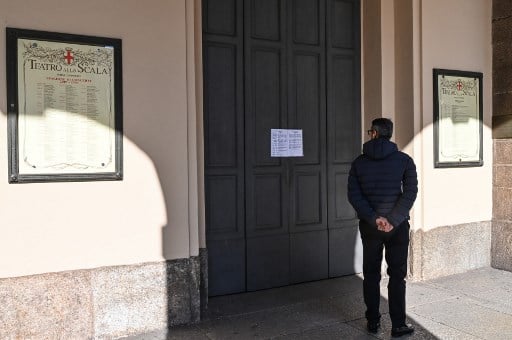 Regional authorities in the parts of Italy worst hit by the coronavirus outbreak have started cancelling events and temporarily closing down public buildings, including museums, schools, churches and football stadiums.

As the list of cancelled events across the country grows, we've listed some of the biggest events around Italy currently affected by the emergency measures.

This time of year is normally a busy one and towns across Italy have a calendar packed full of cultural events. But unfortunately many of these have now been cancelled.

Most notably, the Venice carnival was cut short on Sunday and the Ivrea orange festival was cancelled.

Many smaller local carnival events planned in towns across the country this week have also been cancelled as a precaution by local authorities, even in areas where no cases of coronavirus have been confirmed.

This includes the popular Carnevalone liberato di Poggio Mirteto in Lazio, which had been scheduled to begin on March 1st.

Performances at Milan's famed opera house La Scala have also been called off. St Mark's Square in Venice was quiet this week after carnival events were cancelled. Photo: AFP

Milan Fashion Week was closed to the public as a precaution.

Several important trade shows have been postponed, including the Milan Furniture Fair, which was scheduled for the end of April but has now been pushed back to June.

Parma's Mercanteinfiera event, dedicated to antiques, modern antiques and vintage collectibles, has been postponed until June.

Bologna's Children's Book Fair has also been postponed until May.

The International Journalism Festival, set to be held in Perugia, Umbria, in April, has been cancelled.

Sporting events and competitions “of all types and disciplines, in public or private places” are suspended in the regions of Emilia-Romagna, Friuli Venezia Giulia, Lombardy, Veneto and Piedmont.

Five Serie A football matches have been postponed, including Sunday's clash between Juventus and Inter Milan, the Italian football league said on Saturday.

Other matches have been cancelled, including AC Milan v Genoa, Parma v SPAL, and Sassuolo v Brescia, all scheduled for Sunday, and Saturday's clash between Udinese and Fiorentina.
The country's rugby and volleyball federations also have postponed fixtures set to take place next weekend. Italy's Six Nations match with Ireland in Dublin has also been scrapped.

MAP: Which parts of Italy are most affected by the coronavirus outbreak?

Some regions have seen more event cancellations than others.

In the worst-hit regions of Lombardy and Veneto, local authorities banned events of any nature that attract crowds and closed museums and monuments, including Milan cathedral, which is currently off limits to tourists, although an area has been made available for those wanting to pray.