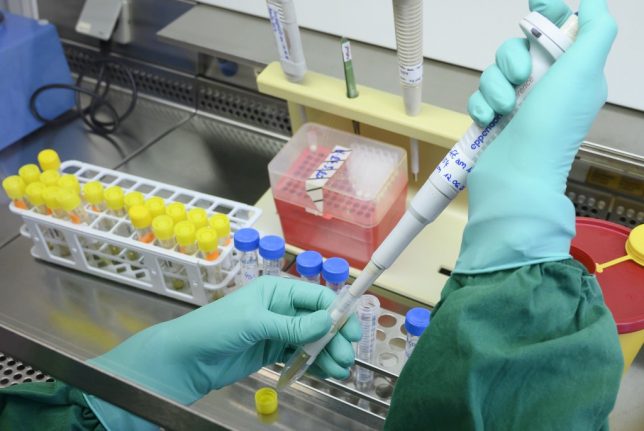 Since the start of the epidemic, more than 2,000 people have now tested positive for COVID-19 including those who have died and those who have recovered, the head of Italy's civil protection department Angelo Borrelli told a press conference on Monday evening.

18 more people with the virus had died in Italy since Sunday, bringing Italy's total death toll to 52.

This included the first death in the Marche region; an 88-year-old man who, like most of the deceased in Italy, had pre-existing health conditions.

Previously, all of the deaths have been in the worst-hit northern regions of Lombardy, Emilia-Romagna and Veneto.

The civil protection agency said three more had died in Emilia Romagna — all of whom were either elderly or had serious pre-existing medical conditions.

There were further fatalities in Lombardy, the northern region at the centre of the outbreak where the majority of the deaths have occurred.

Some 166 people remained were in intensive care, while 149 patients had recovered since the epidemic hit Italy, it said.

Those who have died are all Italian citizens. The majority of the fatalities were in the northern region of Lombardy, which is the centre of the recent outbreak.

Most of the victims who have died were elderly, many over the age of 80, had underlying health conditions including cancer, and were already in hospital when the virus was detected.

Italy is Europe's worst-affected country. It has carried out over 23,300 tests so far, largely in the wealth north, where 11 towns have been placed under quarantine.

Tourist hotpots including the Duomo in Milan reopened their doors to visitors Monday, but access was limited to avoid overcrowding in a bid to stop the disease spreading. On Sunday, Borrelli said only around half of the number of confirmed infections were clinical.

The non-clinical cases have few or no symptoms, and are not in hospital but in isolation at home.

The majority of the most serious cases are in the northern Lombardy region, which is at the centre of the outbreak.

The first confirmed cases were reported in the regions of Molise and Sardinia on Monday, areas which had been unaffected by the outbreak so far.

Italian health officials said on Monday they were “optimistic” that measures currently in place would be enough to contain the outbreak.

READ ALSO: How concerned should you be about the coronavirus outbreak in Italy?

The next seven days will be “decisive” in stopping the spread, said the head of Italy’s National Health Institute Silvio Brusaferro.

“At the end of the week we will understand if and how much the containment measures put in place have slowed the epidemic,” he told local media at a press conference on Monday.

“We expect positive results, I am optimistic. We ask all citizens for collaboration. Their help is important for breaking the chain of infections,”

He said the cases being confirmed now were likely to be people who were infected before the measures were put in place.

Researchers last week said the virus could have been “circulating for weeks” undetected in Italy.

Italy has seen a huge surge in the number of cases over the last 10 days, with cases doubling in 48 hours over the weekend.

Italy has also been a point of contagion with many cases in other countries involving people who returned home after travelling in infection-hit areas of northern Italy.

The Italian government has urged calm as it takes action to halt the spread of the virus.

Prime Minister Giuseppe Conte urged people “not to give in to panic and follow the advice of health authorities”.

For the last week more than 50,000 people have been confined to 10 towns in Lombardy and one in Veneto – a drastic measure taken to halt the spread of the disease.

Italian government ministers have stressed that Italy remains safe to visit, as most of the country remains unaffected by the virus.

According to the World Health Organisation 80 percent of those who are infected with the virus only suffer mild symptoms such as a headache or sore throat.

Around five percent end up in a critical condition. Italian soldiers check transit to and from the cordoned areas in a check-point few kilometers from the small town of Castiglione d'Adda, southeast of Milan. Photo: AFP

You should take the same precautions in Italy that you would anywhere else: