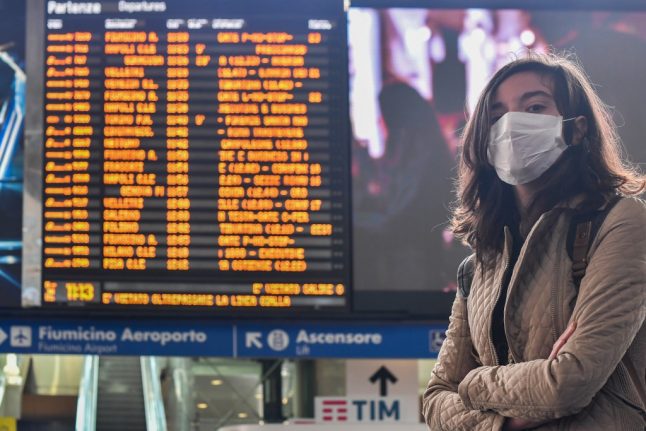 Can I return home from Italy?

Essentially, anyone who wants to leave Italy can do so.

Italian authorities are not forcing everyone to stay exactly where they are. The new decree only prevents people travelling for non-essential reasons.

Returning home, including to another country, is considered an essential reason.

But if even if you live in Italy, you should be allowed to leave.

Other countries are taking action however which may make it harder. Austria,  Slovenia and Switzerland have imposed border restrictions while Donald Trump has introduced a Europe travel ban which includes Italy.

US nationals and permanent residents in the US area allowed to return home but most other foreign nationals won't be allowed to board planes to the US.

According to the UK government, “British nationals remain able to depart Italy without restriction. Airports remain open throughout Italy.

“However, airline schedules are subject to change and some flights are being cancelled. Travellers are advised to check flight details with airlines.”

British Airways, for example, has cancelled most direct flights between the UK and Italy – though passengers have the option to rebook onto flights connecting in Switzerland. Several other airlines are also operating a reduced service.

Check with whichever company you're travelling with before setting out: you should be able to arrange a refund or rebooking. Air and rail passengers may be subject to medical checks before travelling, so if you have symptoms of fever, difficulty breathing, coughing or sneezing be prepared to be examined.

If health professionals deem necessary, you may be denied boarding.

What documents do I need to travel?

Anyone who wishes to travel is now required to fill out a standardized form justifying their reasons and submit it to authorities at train stations and airports, as well as at major roads between cities.

You'll need to give your name, address, telephone number and details of where you're travelling from, to and by which means. You'll also have to state your reason for travelling: “I'm returning home” is one of the examples listed. Italian authorities are relying on people to declare their reason for travel honestly and accurately, but they can check out your story. It's a good idea to have your plane or train ticket and your passport ready for inspection.

What about when I get home?

Be aware that you may be required to isolate yourself temporarily if you enter another country from Italy.

The US is recommending anyone who has been to Italy to self-isolate for 14 days after returning to the US, and anyone with flu-like symptoms to call ahead before seeking medical help.

The UK government is now asking anyone who has returned from anywhere in Italy to stay indoors and avoid contact with others, even if they do not have symptoms.

Several other countries are also warning passengers returning from Italy they could face quarantine upon arrival.

Check the latest travel advice from your government to prepare for any special arrangements you may need to make.