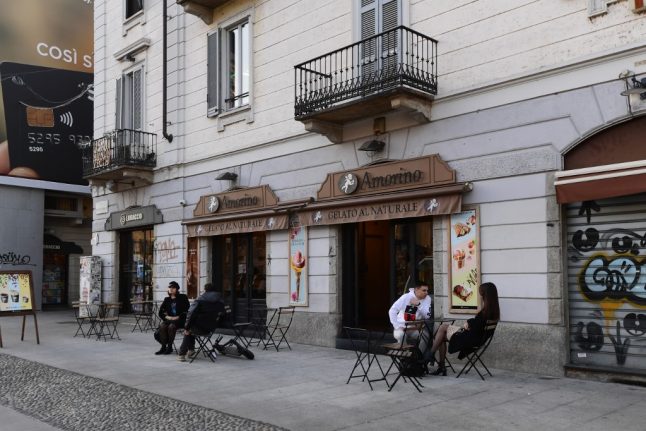 Economy Minister Roberto Gualtieri said “half of these resources” would be used immediately and the other half stowed away and tapped should the health crisis spiral out of control.

The new plan must still be approved by the leaders of European Union under the bloc's strict budget deficit rules for its 27 member states.

Officials in Brussels had been ready to let Italy spend more than it was technically allowed when its request stood at 7.5 billion euros last week.

Part of the money is supposed to help restaurants and hotels now suffering the brunt of an implosion in the number of tourists who visit Italy's art-filled churches and achingly beautiful hills.

The government also put more meat on the bones of an emerging plan to let families temporarily suspend some mortgage and social tax payments.

Italy has witnessed more than half of all the deaths recoded outside China since the epidemic first started spreading from the Asian giant's central Wuhan province in January.

The government responded to the outbreak last month by quarantining 50,000 people in 11 villages that were worst affected in the north.

That was followed on Sunday with restrictions on travel and public gatherings in Milan's Lombardy region and surrounding areas such as Venice in which more than 15 million live and 40 percent of all economic activity occurs.

The Lombardy measures were extended to all of the Mediterranean country's 60 million people on Tuesday morning.

The restrictions have had a profound effect on the way Italians live and work.

The central streets of Rome were deserted on Wednesday morning and busses that are usually crammed with commuters ran almost empty.

Tourists have disappeared and the Vatican's Saint Peter's Square is closed to all but those who want to enter the main basilica to pray under its soaring dome overlooking Rome.

People have been told to keep at least a metre (three feet) from each other and handshakes are frowned upon. Italians have found themselves starting to talk to each other a few steps apart — while often laughing about the regulations along the way.

“For the love and a sense of responsibility toward Rome and all citizens, with enormous and profound disappointment, we decided to close to help the whole community out,” said a sign on one restaurant in Rome's popular Trastevere neighbourhood.

“As soon as the emergency has passed, we will organise a free carbonara day for doctors, nurses and healthcare workers.”

All restaurants and bars across Italy have to shut by evening and can only offer home deliveries after 6:00 pm.

But Lombardy region leader Attilio Fontana urged the government in Rome to shut down all stores and public transport for 15 days across swathes of the north because “the situation is approaching a dangerous moment”.

“If the contagion continues to spread at this speed, the system will not be able to hold on for much longer,” Fontana told the Corriere della Sera daily.

“We are really reaching the maximum limits.”

He said only emergency services such as garbage collecting should continue during the total clampdown on public life.

The government in Rome was expected to consider his request later Wednesday.