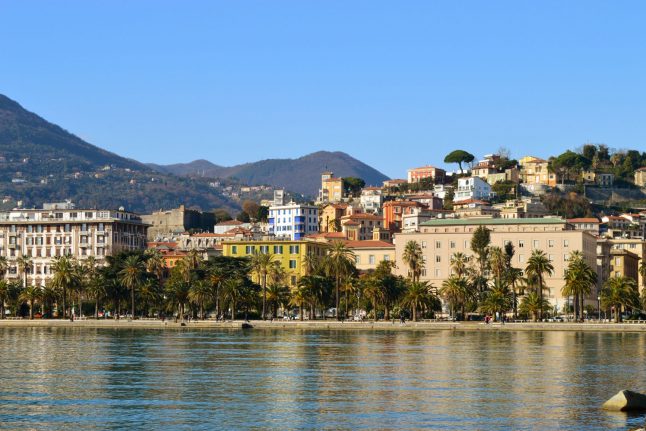 The Italian Riviera around the northern city of Genoa was one area now cracking down on people flouting the rules over the weekend, after many people reportedly went outside to enjoy the unusually mild and sunny weather.

Italy has imposed a nationwide ban on public gatherings to slow a pandemic that has killed more than 2,100 people in the Mediterranean nation since last month.

But many Italians have second homes in holiday hotpots across the country, such as the mountainside port of La Spezia.

Italy's ANSA news agency said similar bans were imposed for the beaches in the nearby towns of Lerici and Porto Venere.

The nearby Rapallo beach was also cordoned off on Sunday.

The number of reported deaths in Genoa's Liguria region nearly doubled from 27 to 50 between Saturday and Monday.

Many Italians took to social media to criticise their compatriots far walking around in violation of the rules and risking the health of those who are particularly vulnerable to the new disease, which is sweeping across Europe.

Italian senate member Stefano Bertacco – a 57-year-old who has cancer and has isolated himself in his home in the northeastern city of Verona – posted an especially poignant message for the weekend beach strollers.

“I too would like to take a walk,” Bertacco said in a video message. “But it might be my last.”

Some regional governments across Italy have been bringing in tougher restrictions in addition to those brought in nationwide last week.

Local authorities in Sicily on Monday called for flights, trains and passenger ferries connecting the island to mainland Italy to be cancelled following an influx of people arriving in recent days.

The Sicilian city of Catania on Monday also stepped up police controls after reports of large numbers of people on the lungomare, or promenade, over the weekend.

And the governor of the Veneto region on Sunday urged “everyone to remain in isolation” to avoid putting hospitals under further strain.

“If you do not follow the rules, the health system will crash and I will have to impose a curfew,” Veneto governor Luca Zaia warned.
Meanwhile, some of those staying home in the south of the country this weekend shared photos on social media of their attempts to recreate the beach on their balconies instead.