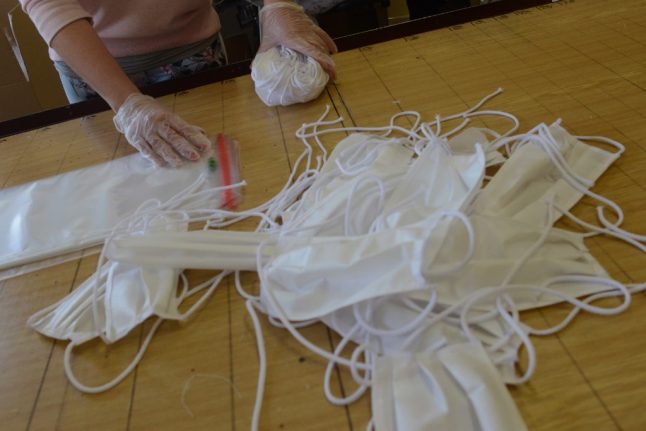 The problem is crucial in Italy, the country currently paying the heaviest price, with almost 5,000 deaths and its hospitals at breaking point.

But the Czech Republic, which is also bracing for a rise in infections, has tightened controls on the export and distribution of such material.

It was unclear on Sunday whether the incident amounted to a misunderstanding, a logistical error, or deliberate attempt to withhold the masks from Italy.

Italian daily la Repubblica wrote on Saturday that Czech authorities seized Chinese masks intended for Italy's hospitals under guise of a sting against traffickers, in an article titled: “How the Czech Republic sequestered thousands of masks sent from China to Italy.”

The newspaper cited as a source “a courageous Czech researcher”, Lukas Lev Cervinka, an adviser to deputy Jan Lipavsky of the anti-establishment Czech Pirate Party.

Czech police carried out an anti-trafficking operation on Tuesday, seizing 680,000 masks and ventilators from a warehouse of a private company in Lovosice, north of Prague, presenting it as a coup against illegal trafficking in medical devices.

On Friday, Interior Minister Jan Hamacek conceded on Twitter that “unfortunately, after further investigation, it turned out that a smaller part of this seizure was a Chinese donation to Italy”.

According to the Czech media, the donation from China represented just over 100,000 masks. Local authorities had announced that 380,000 of the seized masks would be distributed to local Czech hospitals.

“We are trying to understand what a Chinese donation for Italy was doing in Lovosice,” Hamacek said, adding the government was in discussions with Italy.

“I can assure that there will be no loss to Italy.”

“The Czechs did not deliberately withhold this equipment,” Foreign Minister Tomas Petricek was quoted by the Czech News Agency.

No Italian officials had reacted to the La Repubblica article by Sunday.

The Czech Republic has recorded more than 1,000 coronavirus cases, but no deaths.