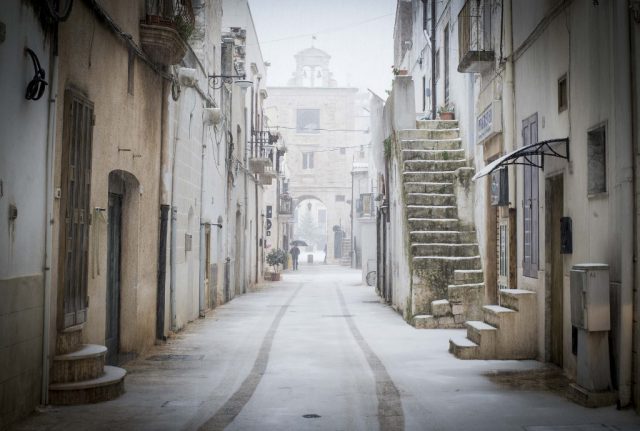 Some parts of southern Italy woke up to snow or hail on Tuesday morning and temperatures dropped across the country as a cycle of freezing air moved in from Russia across parts of the Mediterranean.

The south-east cast of Italy, which has been basking in unusually high temperatures of around 20 degrees, saw snow and hail on Tuesday morning as temperatures plunged.

Because things aren't weird enough already, this morning it's snowing heavily here in Bari. (We were sunbathing on the balcony this weekend…) pic.twitter.com/myyxFVOwCJ

There were also reports of snow at higher altitudes in parts of central Italy.

A wave of frosty weather is expected to sweep across the south and centre of Italy of the country between Tuesday and Thursday, which is “decidedly unusual for this time of year”, writes Meteo.it

It was snowing like that over Roseto Valforte (FG), north Apulia, #Italy, just a couple of hours ago. Thanks to #meteopugliainfoto and Vito Giannini for the report ?? #snow #apulia pic.twitter.com/FgnDqg36qL

“Particularly on Wednesday and Thursday, temperatures will remain below normal, while the snow will fall again on low altitudes in the inland areas of the centre-south, and also in the Alps.”

“It is still early to say how much the north will be affected, but rainfall will increase in the south which, given the presence of cold air, could mean snow at low altitudes.”

Temperatures across much of Italy are expected to rise slightly in the next few days, but to remain lower than usual until the end of the month.