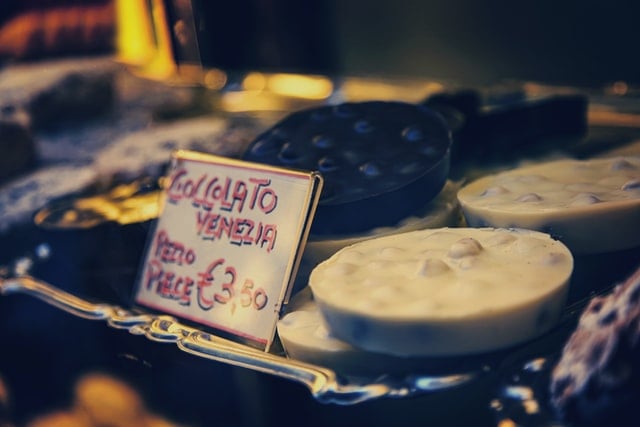 Chocolate is just one part of an Italian Easter feast, Photo by Tamara Malaniy on Unsplash

Easter Monday is known as Pasquetta (“Little Easter”) in Italy, but is also sometimes called Lunedi dell’Agnello or “Lamb Monday”, giving a clue as to the most traditional centrepiece of an Easter lunch in Italy.

There are countless regional variations and recipes: Romans might prepare lamb soup or cook it in an egg and citrus sauce, southern Italians often put it in a stew, while elsewhere it will be roasted with garlic and rosemary – every family and restaurant will have its own special recipe.

If you don’t eat meat, why not opt for the veggie-friendly lamb cake – an elaborate dessert made in the shape of a sheep, which you can find in many bakeries.

Good Friday, a sombre date in the Catholic calendar, was traditionally a day of fasting. These days some Catholic families opt for fish, typically choosing light dishes with simple dressing.

In fact, many people observe meat-free Fridays for the entire Lent period – some even keeping to the tradition the whole year round – in tribute to Jesus’s self-sacrifice.

READ ALSO: Why is Good Friday not a holiday in Italy? 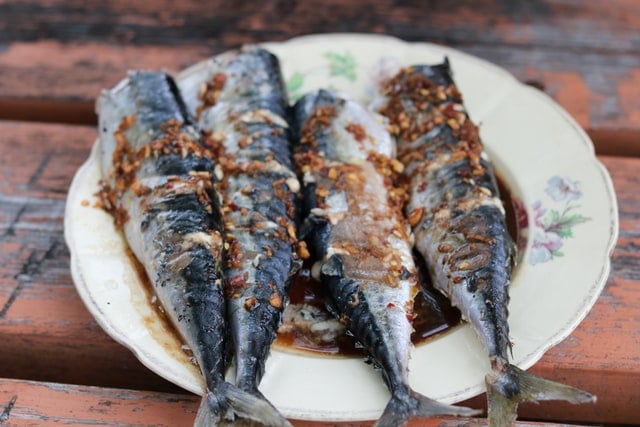 Photo by Aliyah Jamous on Unsplash

Stuffed, braised or fried, enjoyed as a side dish or appetizer, artichokes are a springtime staple and a common feature of the Easter meal.

Don’t be fooled by the word torta: this dish is savoury rather than sweet. It’s a kind of pie or quiche with eggs, spinach and cheese, said to originate in Genova, Liguria.

Tradition dictates that there should be 33 layers of pastry (three being an important number in Christian doctrine) and the trickiness of the preparation is thought to be the reason the pie is reserved for special occasions.

This cake is perhaps the most widely-known culinary symbol of Easter in Italy. Colomba means ‘dove’, and the cake is baked in the shape of a bird to symbolise peace. The recipe is similar to that of a Christmas panettone, studded with candied citrus peel and sometimes almonds. 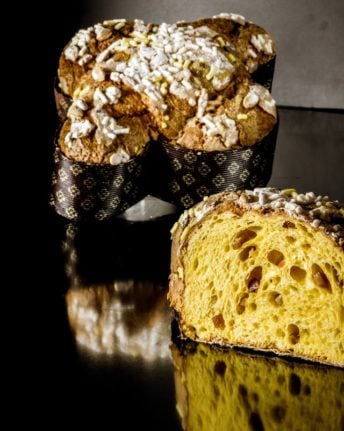 Photo by Massimo Adami on Unsplash

Originating from Messina in Sicily, this dish is traditionally eaten on Easter Sunday and is a bit like Chinese egg drop soup.

The name comes from the Latin word juscellum, meaning simply ‘soup’. It’s a simple, hearty dish, with the meatballs and eggs prepared in broth with herbs and cheese.

Another Sicilian speciality, this dish is prepared using black rice. However, while black rice is usually covered with squid ink, this is a sweeter treat – the colouring comes from chocolate.

Riso nero is a dessert similar to rice pudding, made with milk, rice, cocoa and chocolate, and usually topped with cinnamon or sugar sprinkles.

The legend goes that the dessert was first made in homage to Sicily’s Black Madonna, a mysterious statue in Tindari thought to be responsible for numerous miracles.

This traditionally Neapolitan dessert is found across the south of Italy at this time of year, with a ricotta filling flavoured with orange flower water, orange peel and sometimes with other additions, such as chocolate chips.

If you’re making your own, be warned that pastry chefs usually recommend starting the process on Good Friday to allow plenty of time for the flavours – from orange peel and orange flower water – to infuse before Easter Sunday.

Big news. The pastiera napolitana has just arrived… and it's got chocolate chips in! I think this means it's Easter now. pic.twitter.com/a5XdXoE7DV

You’ll find that each region boasts its own varieties of Easter breads, sweet or savoury. One of the best is the Tuscan Pan di Ramerino, a criss-crossed raisin bread similar to the British hot cross bun, but flavoured with rosemary.

Eat these on Holy Thursday, when you can buy them from street vendors or any bakery in the region. Local priests often bless the bread.

Sanguinaccio is the Italian version of what Brits call black pudding and what Americans know as blood sausage – yet unlike those savoury dishes, sanguinaccio dolce is in fact a dessert made from pig’s blood and chocolate.

The dish is traditionally eaten in the run-up to Easter across much of Italy’s centre-south, but is particularly associated with the region of Basilicata, on the instep of Italy’s boot.

The recipe combines dark chocolate with pig’s blood to make a rich, sweet and acidic cream, which can be eaten with savoiardi biscuits or used as a filling for shortcrust pastry tarts.

We’re not sure this counts as a recommendation, but in the TV series Hannibal the title character lists it as one of his favourite desserts.

If you’re worried about doing without more familiar comforts, fear not – chocolate eggs have become a part of Easter tradition in Italy, often with a hidden treat in the middle.

You’ll see elaborate displays of extravagantly wrapped eggs lining shop windows all throughout Lent. Resist until Easter Sunday if you can. 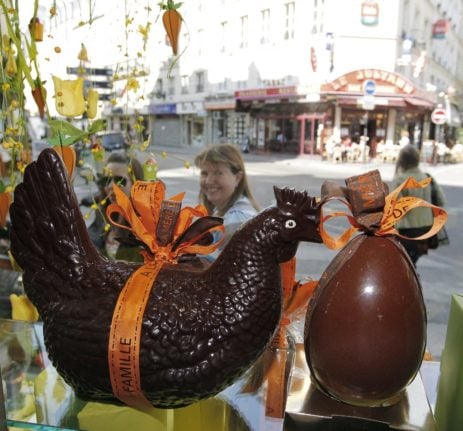 A version of this article was published in April 2017. 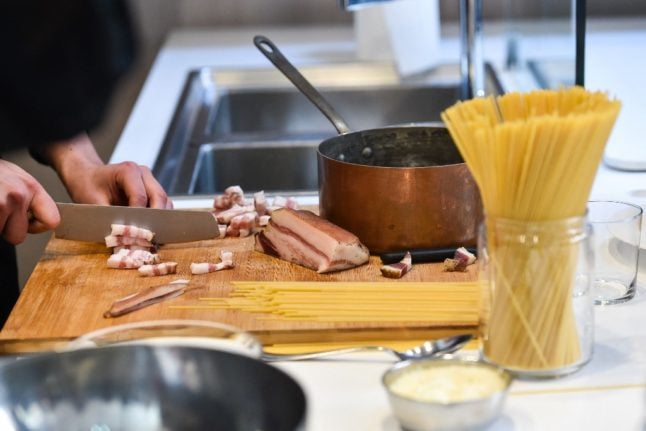