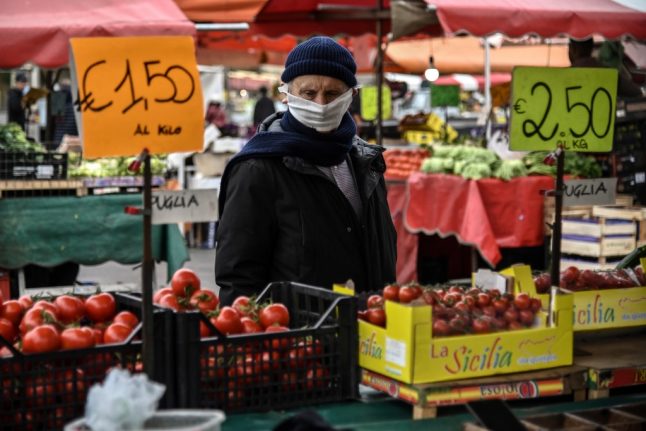 Italy's mafia groups are also poised to snatch up struggling businesses as the country — which is in crisis over the deadly coronavirus pandemic — awaits European funding to boost its battered economy, he said.

Saviano (pictured below), best known for his non-fiction book “Gomorrah” about southern Italy's Camorra clan, is an expert on mafia groups and how they have successfully expanded beyond drugs and other illegal activity to worm their way into otherwise legitimate businesses and sectors across the world.

At the most basic level, criminal organisations are providing groceries for the poorest Italians, Saviano said.

Moreover, in Italy's southern capital Naples, moneylenders, on orders of the Camorra, have cancelled interest on debt, he said.

“For what purpose? For favours,” he said. That could be votes, or allowing someone to put their name on a contract as a front for the mafia, he added.

Saviano, who currently lives in New York, has been under police protection after receiving death threats following the release of “Gomorrah”.

The book, which details how the Neapolitan crime syndicate Camorra profits from multiple economic sectors from fashion to waste recycling, was later turned into a film and a TV series.

Saviano's comments came the same day an opinion piece in Germany's Die Welt newspaper warned that if Chancellor Angela Merkel did not “stand firm” and resist Italy's appeals for so-called coronabonds, or shared eurozone debt, the mafia would benefit.

After weeks of wrangling, EU finance ministers agreed a 500-billion-euro rescue for European countries hit hard by the coronavirus, but put aside the demands from Italy and France for pooled borrowing.

“In Italy, the mafia is just waiting for a new shower of money from Brussels,” wrote Die Welt columnist Christoph Schiltz, warning against Europe handing out funds with “no limit” and “without any control”.

Asked about the article, Saviano said its premise was “reasonable,” but misinformed.

“It's the opposite,” Saviano said. “The mafia is only waiting for a crisis.”

Failed companies, he said, will suddenly find themselves with new mafia-linked partners. “This is having a raided economy,” Saviano said.

Late last month, Saviano warned in an interview with Italian daily La Repubblica that the breadth of economic sectors infiltrated by the various mafias included many of those central to the coronavirus pandemic.

“That's how they'll make money,” he told the paper.