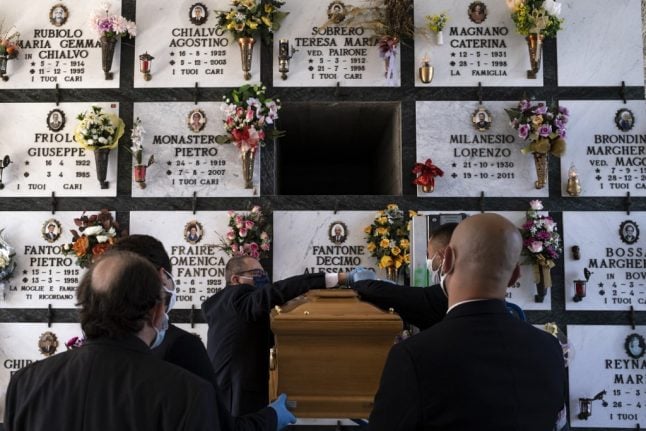 With Saturday's 415 figure, the total number of people in Italy who have died from the coronavirus now stands at 26,384.

A total of 2,357 new confiirmed cases were reported on Saturday.

Italy has now recorded a total of 195,351 coronavirus cases so far, which includes people currently infected, those who have died and those who have recovered.

There were 680 fewer active cases on Saturday, which means the number of people currently infected with Covid-19 in Italy has fallen for the sixth day in a row, down to 105,847.

“The coronavirus has been weakened but not defeated,” emergency response commissioner Domenico Arcuri told reporters.

The number of patients in intensive care has also fallen by almost half since March 31st.

The number of people who have recovered from the virus in Italy is now 63,120.

Lombardy, where Milan is located, continues to be the most affected region in Italy with more than 70,000 cases, followed by Piedmont and Emilia Romagna with more than 24,000 reported cases.

Italy announced plans on Saturday to set price limits on face masks and ramp up antibody testing as it nears the end of the world's longest active national coronavirus lockdown on May 3rd.

This decisions regarding lockdown will determine both the pace at which the eurozone's third-largest economy claws its way out of recession and the freedoms 60 million people in Italy will enjoy in the summer months.

Prime Minister Giuseppe Conte has reportedly been presented with a cautious proposal that involves a gradual easing over four weeks.

Italians will probably be allowed to leave their homes freely for the first time since March 9th by early May.