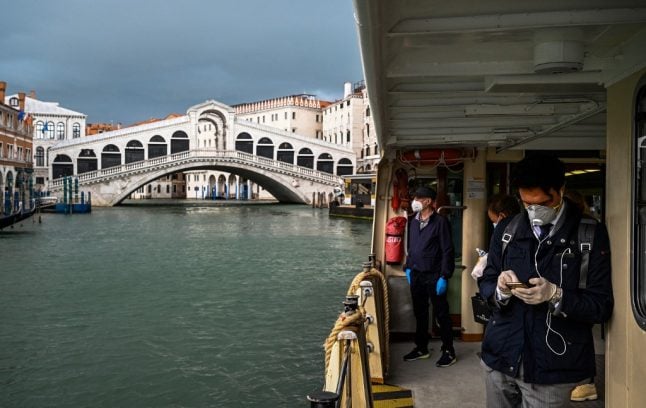 The 'Relaunch Decree' was approved by the cabinet on Wednesday night, though it still needs to go before parliament and may be subject to revisions.

Here are the main things the government wants to introduce:

In what's been dubbed a 'holiday bonus', Italian households with a total annual income of €40,000 or less are eligible for up to €500 towards the cost of a stay in Italy.

It will be up to hotels to provide 80 percent of the bonus by discounting their prices for eligible guests (and claiming it back as a tax credit), while holidaymakers must claim the remaining 20 percent as a tax deduction. Families can apply for up to €500, while couples are eligible for €300 and individuals for €150.

Meanwhile owners of hotels, B&Bs, campsites, beach resorts and other tourist accommodation will be exempt from part of their municipal property tax (IMU) this year. The government will also waive the occupancy taxes that usually apply to bars and restaurants with outdoor seating.

The government will streamline the payment of income support for those who have lost jobs or are self-employed, the decree says.

The National Social Security Institute (INPS) will handle claims for CIG unemployment benefits directly, aiming to cut the waiting time, and pay out 40 percent of the sum due within 15 days of receiving an application.

Freelancers, seasonal workers and self-employed people will automatically receive another €600 for the month of April, while those in the most precarious situations will also be eligible to claim up to €1,000 for May.

The government will temporarily regularize immigrants working as farm labourers or domestic helpers, allowing them to access health care and other services as legal residents of Italy.

Foreign citizens who are currently in Italy without valid papers can apply for a six-month residence permit exchangeable for a regular work permit once they're given an employment contract, while people working in these sectors “al nero” (under the table) can ask their employer to make their contract official, whether they're foreign or Italian nationals.

The government is offering financial support for those who take up the scheme: €400 for employers putting their workers on the books, and €160 for jobseekers claiming residence.

As part of efforts to encourage people to use alternatives to public transport while the risk of transmitting the coronavirus is still high, the government has offered people who live in cities up to €500 towards the cost of a new bike, scooter, hoverboard or Segway.

READ MORE: Italy offers city dwellers up to €500 to buy a new bike

The scheme is open to anyone who lives in a town of 50,000 people or more, and will run until the end of 2020. The decree also promises funding for new cycle lanes. Commuters who bought a pass for public transport and were unable to use it during Italy's lockdown can request a refund, the decree says.

The refund will take the form of a voucher or an extension of the pass.

With schools closed until September, working parents can claim up to €1,200 towards the cost of child care (or more for key workers and low-income families), which can also be put towards summer camps. That's double the previous sum available.

Parents with children under 12 can also ask for extra family leave paid at 50 percent: 30 days instead of 15, though they must be taken by the end of July.

Meanwhile parents working in the private sector have the right to ask to work from home, provided at least one of their children is under 14 and that another parent isn't at home or receiving unemployment benefits. The government has allocated €1.5 billion to Italian schools to hire an extra 16,000 teachers, as well as carrying out cleaning and renovation work in preparation for reopening.

Schools and universities will also be expected to invest in personal protective equipment for students and teachers.

Almost all businesses will be exempt from part of their regional corporation tax (IRAP) this year, while smaller companies will also benefit from discounted utility bills and tax credits to help pay rent.

The government also plans to create a fund to support small and medium enterprises, as well as offering incentives to those investing in companies impacted by the crisis.

Plans to tax plastic and sugar have been postponed until at least January 2021, the government has confirmed.

While the taxes had been due to come into force this year, manufacturers argued that they would hurt struggling producers and consumers.