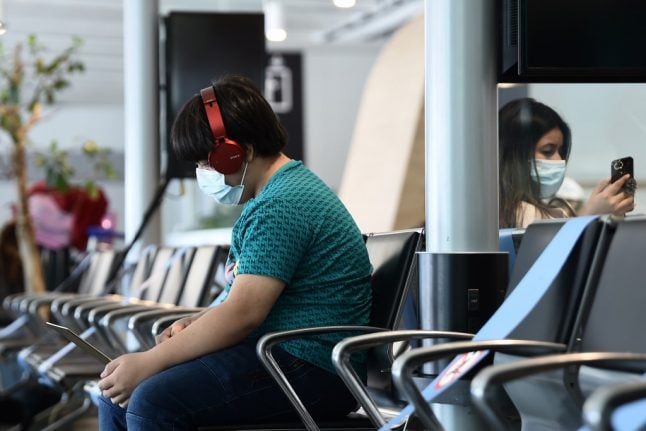 Italy has removed some of the travel restrictions imposed during the coronavirus lockdown, and tourism from some countries is now allowed.

Can I travel to Italy now?

Since June 3rd, Italy has allowed unrestricted travel, including for tourism, with no quarantine requirements from the following countries:

Likewise, Italian residents who travel abroad will not be required to quarantine when they return to Italy, under the government's latest emergency decree.

However, people travelling from Italy may face checks or restrictions imposed by other countries.

When will other foreign tourists be allowed back into Italy?

While tourism is allowed from within Europe, non-essential travel into Italy from elsewhere remains forbidden.

Due to a coordinated border closure by all European Union member states, the EU was effectively closed to all non-essential travel on March 17th.

This move is now being reversed, and there were hopes that EU borders would reopen for all types of travel from July 1st.

EU countries formed an agreement to reopen to all travel from 15 non-EU countries on a “safe list”. The US was notably absent from this list.

However, Italy has chosen to opt out of the agreement, and has not reopened its borders to these countries. When will other foreign tourists be allowed back?

While tourism is allowed from within Europe, travel into Italy from elsewhere remains restricted.

Due to a coordinated border closure by all European Union member states, the EU was effectively closed to non-essential travel on March 17th.

This move is now being reversed, and there were hopes that non-EU travel could restart from July 1st. Some EU countries agreed to reopen to all travel from 15 non-EU countries on a “safe list”.

But Italy decided to opt out, keeping its ban on all non-EU travel in place.

Italy is also keeping the mandatory 14-day quarantine rule for all those arriving from a non-EU nation, including if they have passed through another internal Schengen country.

For example, a US resident who connected in Germany on their way to Italy would still need to quarantine when they reached Italy.

READ ALSO: Flights from the US to Italy are back on – but will you be allowed to board?


Italian authorities are reportedly concerned about non-EU travellers arriving in Italy via other Schengen countries, which is possible due to freedom of movement rules within the Schengen zone.

Instead, the government is reportedly considering additional police checks “other than those at the borders, such as checks in hotels: if it is found that a person has arrived from a non-EU country, they will have to remain in quarantine for two weeks,” Repubblica writes.

The Italian government has not yet given any indication of how long it expects the non-EU travel ban to remain in place.

The EU said it would be reviewing the list of safe countries every two weeks.

What if I need to travel to Italy from outside Europe for urgent reasons?

It is possible to travel to italy from outside the EU for certain reasons.

People who officially reside in Italy but are currently overseas may return to their Italian home, while anyone who can demonstrate that they need to enter the country for urgent work or health reasons or in an emergency will also be allowed in.

EU citizens, long-term EU residents, and their immediate family members may also return, according to a statement from the European Council on Tuesday.

The Council stated: “For countries where travel restrictions continue to apply, the following categories of people should be exempted from the restrictions:

Travellers will be asked to explain their reasons to police and provide relevant documents, such as their residency permit. They will also need to fill out a self-declaration form.

Upon arrival they must observe a mandatory 14-day quarantine, giving the address where they'll self-isolate and informing local health authorities.

For further details of requirements when travelling to Italy from your country, check with your airline or your country's embassy in Italy.

READ ALSO: 'How I managed to travel from the US to Italy during lockdown'

Many countries currently have issued travel warnings for Italy, or on all overseas travel, advising residents to cancel or postpone their trip if possible. Check your embassy's latest advice before planning to travel.

The US is currently advising citizens to “reconsider” travel to Italy. It has a Level 4 Health Advisory in place, which warns against all non-essential travel.

Such government warnings may invalidate travel insurance policies, and anyone thinking of making a trip when travel warnings are in place should check with their insurance provder that they will still be covered in the event of accident or illness.

You can find more guidance, in English and Italian, on Italy's health ministry's website or the the Italian foreign ministry's Viaggi Sicuri (“safe travels”) website.

The EU has also launched Re-open EU, a website aimed at helping tourists find the safest parts of Europe to visit, with up-to-date travel information for every country.