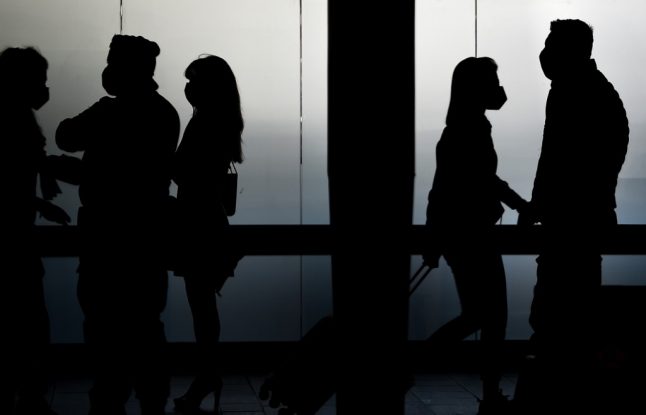 Italy dropped its own restrictions on travel to and from countries in the European Union, Schengen Area and the United Kingdom from June 3rd, lifting the ban on non-essential journeys and scrapping a mandatory two-week quarantine for people arriving from overseas.

But Italy hasn't reopened to travellers from everywhere – and many other countries are keeping their restrictions on inbound travel from Italy and elsewhere.

So if you live in Italy and are planning to go abroad, or if you're hoping to visit Italy from overseas, be prepared to face some obstacles for a while longer.

Which countries does Italy still restrict travel to and from?

Italy has only lifted its restrictions on travel to and from the 26 other members of the European Union, Schengen Area members Iceland, Liechtenstein, Norway and Switzerland, microstates Andorra, Monaco, San Marino and Vatican City, and the UK.

Travel to and from any other countries is possible only in an emergency, such as for urgent work or health reasons or to return to your permanent place of residence if you've been stranded abroad.

That all but rules out travel between Italy and the United States, Canada, India, Australia or any other country outside Europe.

People arriving from outside Europe – or people who have travelled outside Europe within the past 14 days – will have to spend two weeks in quarantine upon arrival in Italy.

That will remain the case until at least June 15th, the earliest date until which the EU has recommended keeping its external borders closed to tourists. The Italian government has not yet confirmed if it will reopen to non-European countries at this point or maintain the restrictions for longer.

Note that travel restrictions are based on where you're departing from or travelling to, not on your nationality. And of course the usual visa requirements apply.

Italy is among the first countries in Europe to reopen to tourism: most others are still banning all but essential international travel, while some have chosen to bar visitors from Italy specifically amid fears over its high infection rate.

The UK plans to introduce a mandatory two-week quarantine for people arriving from all other countries, including Italy, from June 8th onwards. The British government says it will review the policy every three weeks and may introduce exemptions for countries where the transmission rate is low.

Ireland likewise has a 14-day quarantine requirement for anyone entering the country from overseas.

READ ALSO: The 11 rules you still have to follow in Italy from June 3rd

France is allowing only emergency international travel, certified with a justification form, until at least June 15th.

Switzerland has confirmed that while people from the Swiss side of the border will be able to travel to Italy, those hoping to cross the border from the Italian side into Switzerland will be turned away – unless they work in Switzerland or have Swiss nationality or residency.

The Swiss government says it hopes to reopen the border fully in the coming weeks, but no agreement has yet been reached. Meanwhile Austria says it will restrict entry for travellers from Italy until further notice, despite reopening all of its other land borders. Vienna is reportedly considering allowing people to enter only from Italian regions where infection figures are low.

Germany will maintain a blanket warning against all foreign travel until June 15th, after which it will begin to lift restrictions for EU and Schengen countries as well as the UK. The German government will be issuing updated travel advice for each country based on the latest developments there, so it's not clear yet what the policy on travel to and from Italy will be.

The Danish government has advised its citizens to avoid unnecessary foreign travel until August 31st, and before then people entering Denmark from Italy and most other countries are urged to self-quarantine for 14 days. The authorities are relying on people to follow the rules voluntarily rather than dispatching police to check on passengers' travel plans.

Non-essential travel to Spain remains banned for now, though foreign tourists will be allowed back in – without a quarantine – from July 1st (or June 22nd if entering by land from France or Portugal).

Portugal plans to reopen to tourists, including Italians, from June 15th with no quarantine requirements except in the Madeira archipelago.

While Greece plans to drop its mandatory quarantine for international arrivals from June 15th, people travelling from some parts of Italy may still have to self-isolate. People departing from places judged “high risk” by the European Union Aviation Safety Agency (EASA), which currently include the Italian regions of Lombardy, Piedmont and Emilia Romagna, will still be subject to quarantine until at least July 1st.

Other countries including the Netherlands have said they will also use the EASA's list, which is continually updated, to decide who should self-isolate upon arrival. The Dutch government says quarantine will be recommended but not compulsory for people arriving from high-risk regions.

Where can you travel freely from Italy?

The list of countries that have lifted travel restrictions on Italy is much shorter.

Sweden has continued to allow people to enter from Italy and the rest of the EU throughout the pandemic, and from June 13th will also scrap limits on travel within the country.

Meanwhile Croatia has already reopened to foreign tourists, provided that travellers can show that they have booked accommodation.

And while Slovenia's border with Italy remains closed for now, it is hoped that it will reopen after a visit by Italian Foreign Minister Luigi Di Maio this weekend.

Each country's travel advice is subject to change. Check the latest guidance from your government before booking, and be prepared to follow local lockdown rules and safety measures in any country you visit.