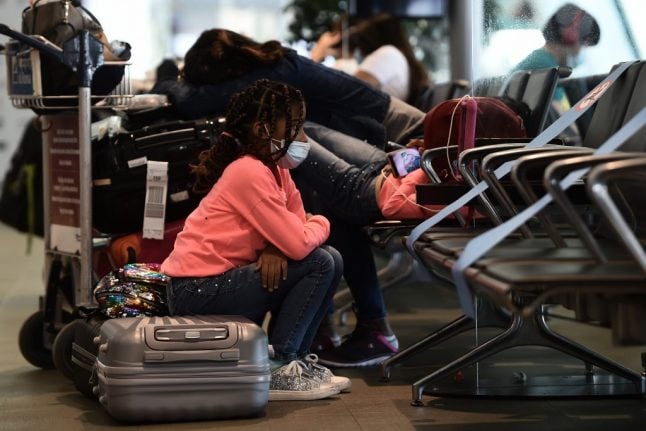 Italy has renewed its travel restrictions in its latest emergency decree, which came into force on August 10th.

Under the new law, a ban on tourism from the United States and most other countries will remain in place until at least September 7th.

Meanwhile the EU continues to revise its list of “safe” countries which it recommends members allow travellers to enter from – but the US is still not on it.

So what does this mean for Americans?

At the moment, “non-essential” travel to Italy from the US is still forbidden.

Non-essential travel to Italy also remains banned from India, Russia and most other countries in the world.

People departing from these countries cannot come to Italy as a tourist, but they are allowed to enter for urgent, essential reasons that they will have to justify to border police. They will also need to quarantine on arrival.

You can travel from the US to Italy for:

This means US citizens who are permanent residents of Italy can travel – although they will need to show proof of residency at the border, for instance a valid permesso di soggiorno.

You must complete a form (available in English here) informing authorities of where you plan to isolate yourself and your arrangements for getting there. You must not travel by public transport. Many of our readers have written to us to ask whether they might be able to get around Italy's 14-day quarantine rule by travelling through the UK or a different EU country first.
Italy has allowed free movement to and from EU and Schengen zone countries, including the UK, since June 3rd, with no quarantine requirements.
Italian rules do not state specifically whether or not someone who had, for example, spent two weeks in the UK before arriving in Italy would still be expected to quarantine when arriving in Italy.
The Local has repeatedly asked for clarification on this point from the Italian Foreign Ministry, but at the time of writing has not yet received an answer.
READ ALSO: 'A costly gamble': One American's advice on trying to enter Italy via the UK
One American reader who was prevented from boarding a direct flight from the US to Italy – despite being married to an Italian citizen – told The Local that he did manage to reach Italy by booking separate legs from the US to UK and then from the UK to Italy, but he found himself grilled on both the British and Italian sides of the border.
“Getting to Italy now is a huge costly gamble even with all the correct forms and documents,” Robert Wilson said, saying that neither airlines nor border agents seemed to have a clear interpretation of the rules.
“Travellers might want to have a plan B where they are prepared to return to the UK for the quarantine period,” he advised.
In general Italy is taking a tough stance on travel from all non-EU countries. Even travellers from countries on the EU's “safe list” are still required to quarantine on arrival in Italy, which is not the case in other EU member states.
Exemptions to the travel ban
As mentioned above, US citizens who are permanent residents of Italy can travel – but they will need to show proof of residency at the border.
According to the European Council, non-resident Americans can also travel to the EU if:
The European Council defines “travellers with an essential function or need” as the following:
It's important to remember that travellers will have to convince border guards that they meet one of the above categories.
When will the rules be revised?

Italy's travel rules will remain in force until at least September 7th, barring any revisions to the new decree. The government will review them again when that decree expires.

Whether or not restrictions are lifted for travellers from the US depends on how the Covid-19 situation in the US develops.

To make the EU's “safe list”, countries must have controlled the coronavirus outbreak to the same degree as the EU or more. The bar was fixed at 16 new cases per 100,000 people over the last two weeks, which was the average across the EU when the list was first issued in June.

Are flights available from the US to Italy?

Some flight connections have been reinstated, such as Alitalia's Rome-New York route, and passengers can freely purchase tickets. Yet this does not mean that restrictions for travelling into Italy have been lifted.

In fact many of those hoping to travel on these flights told The Local that they were turned away at the airport.

Some passengers said they had trouble finding clear, official travel information ahead of their flight, meaning they traveled unnecessarily to the airport hoping they may be able to board after being allowed to book tickets.

Alitalia confirmed to The Local that the airline could not provide passengers with Italian travel information before they arrived at the airport.

“On our website we recommend that travelers check the entry restrictions of the destination country on the local Department of Foreign Affairs website,” an Alitalia spokesperson told The Local.

“Passengers should also inform themselves if they are eligible for travel to Europe,” they added, citing information from the US Embassy in Italy.

At the time of updating this article on August 10th, the US government was “recommending that travelers avoid all nonessential travel to Italy”.

Anyone planning to travel is advised to check the latest updates from the US State Department and Centers for Disease Control, and to find out whether they are covered by their travel insurer.

The US Embassy in Rome directed us to the following advice for any US citizens planning to travel to Italy:

This also applies to those who are entering Italy via another European country on a connecting flight, such as via Germany or the UK, if they have been in the US (or anywhere else outside of Europe) within the past 14 days.

The rules change frequently in both Italy and other countries. Anyone with specific questions about travel to Italy at the moment should consult the Italian embassy in their country.

PARTNER CONTENT
Have you fallen down the self-diagnosis rabbit hole?
Url copied to clipboard!