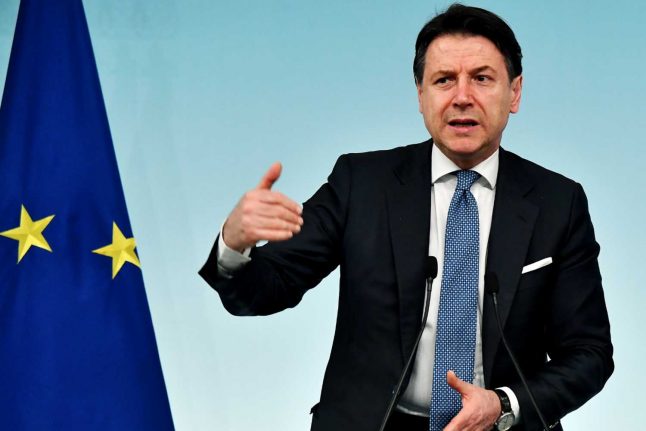 Italy – once the epicentre of the outbreak in Europe, which has killed around 34,000 people in the country since February — is slowly emerging from the world's longest coronavirus shutdown, which has ravaged its economy. At the same time, the once discounted prime minister is now seeing his approval ratings soar.

“Conte's management of the crisis has been broadly appreciated,” said Alessandro Giacone, political history lecturer at the University of Bologna.

A recent Ixe poll found that 59 percent of Italians trust Conte, who uses Facebook and direct appeals on national television to take his message to the masses.

“Conte isn't seen as being a traditional politician but rather as a free agent who provides information in an independent way,” said Gianfranco Pasquino, political science lecturer at Bologna's Johns Hopkins University.

In a political culture known for bluster and rhetoric, Conte has been perceived as a clear head who has not tried to spare Italians from the difficult realities of the past few months, but who has spoken clearly and directly of challenges ahead.

At the same time he has shown political courage in taking potentially unpopular decisions, such as Italy's long lockdown which helped stem the spread of the virus, yet drastically hurt its economy.

That decision will hang over Conte's head as the country now tries to regain its economic footing after the crisis.

“He dealt very well with some aspects of the crisis, less well with others,” said Vincenzo Galasso of Milan's Bocconi University.

When Conte was named prime minister in June 2018 by the anti-establishment Five Star Movement (M5S), to which he is close ideologically, he was a complete unknown.

A law lecturer with no political experience, the press portrayed him as a puppet whose strings were pulled by his two deputy prime ministers, M5S's Luigi Di Maio and in particular Matteo Salvini, head of the far-right League.

But that all changed when Conte formed a new coalition government in September, between the M5S and the centre-left Democratic Party (PD).

Conte “strengthened his position, he has much more room for manoeuvre, without deputy prime ministers impeding him”, said Giacone.

“During the (coronavirus) crisis, government measures became centralised, with the prime minister emerging at the fore of the political (and media) stage,” he said.

While stereotypes of Italy as a spendthrift nation hampered by structural weaknesses remain, “at the end of the day, the results have been more or less similar to those in most big European countries, and so Italy's own image has improved,” said Giacone.

After China, where the outbreak first emerged last December, Italy has “almost in spite of itself set the tone: the experiment of lockdown and its easing started in Italy. The country was a kind of laboratory,” he said.

Along with France and Germany, Conte was also a driving force behind the 750-billion-euro European recovery plan which was agreed last month.

Conte has also benefited from a slight weakening in support for far-right leader Salvini, who made a strategic blunder when he brought down his own coalition government last year.

The Ixe poll found only 30 percent of Italians have confidence in Salvini.

His League party, which a year ago had 35 percent of voter intentions, now has only 25 percent, though it remains Italy's most-popular single party.

There could be a reckoning for Conte, however, as a fuller picture emerges of Italy's economy — the third largest in the EU.

The country faces its worst recession since World War II, with 45 percent of Italians out of work at the end of March and a third seeing their salaries slashed.

“The employment market was hit hard and in a very unequal way because it mostly affected unskilled workers, those who could not work from home,” he said. “It's not yet entirely visible, but this is a potential time bomb.”