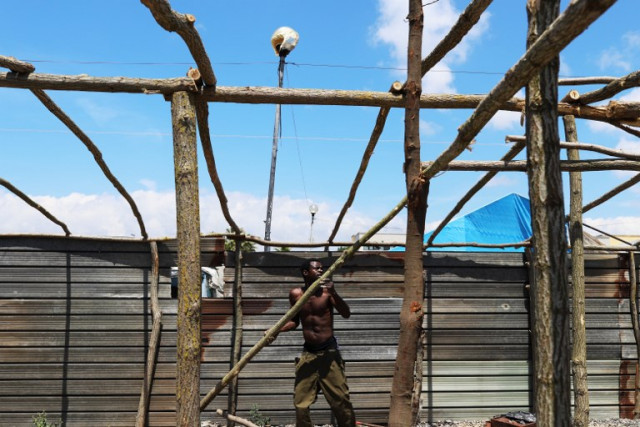 The early-morning raid targeted farms in the poorer southern regions of Calabria and Basilicata, run by a criminal racket and valued at 8 million euros ($9 million), police said in a statement.

“More than 200 labourers were recruited in exploitative conditions, forced to work without personal protective equipment… (and) in degrading working conditions,” Calabria police said in a statement.

The raid came after Italy's government decided in May to temporarily allow the regularisation of illegal farm workers, in part to help farm owners who found themselves without their regular foreign workforce during Italy's coronavirus lockdown.

The measure also allowed for the regularisation of home health workers and cleaners.

Thousands of illegal temporary farmhands from Africa and eastern Europe pick fruit and vegetables in Italy. They are often paid low wages and live in substandard conditions in makeshift camps.

Under the government's plan, employers must pay 500 euros per head to legalise their workers, an extra cost some have opted to avoid.

La Repubblica daily reported on Tuesday that only 9,500 applications for regularisation had been filed, out of a potential pool of 220,000 workers estimated by the government.

Agriculture Minister Teresa Bellanova denied the measure was a flop.

“This regulation contains conditions of social justice: whatever the result, it will never be a flop,” Bellanova told the daily.

“Even if there was only one person rescued from invisibility and obscene working conditions, I would consider it a success,” she said.

Those arrested included one public official from Rossano in Calabria, accused of issuing false IDs and residency papers to farm workers.