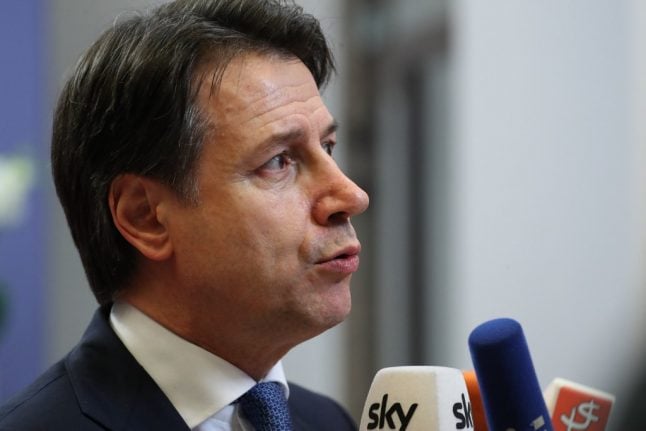 Italy is among the hardest hit countries in the world by the coronavirus — with more than 34,000 deaths — and was one of the first to grapple with a major outbreak outside of China.

The government imposed a national lockdown on March 10, but prosecutors in the hard-hit region of Lombardy have launched an investigation into whether the towns of Nembro and Alzano should have been quarantined sooner. Rota told reporters the questioning in the prime minister's office occurred “in a relaxed atmosphere of institutional cooperation”, without elaborating.

Health experts and relatives of some of the deceased say had the area been quarantined many lives would have been saved.

Rota's team has already met with senior officials in Lombardy, who say it was up to Rome to decide whether certain areas should be shut.

Conte has said that regions had full discretion to close certain areas where the virus had begun to flare in late February and early March.

“If Lombardy had wanted to, it could have made Alzano and Nembro red zones,” he has said.

The first town in Italy to be quarantined was Codogno, about an hour's drive south of Nembro and Alzano, on February 21.

Another nine towns around Codogno were subsequently locked down before the entire region of Lombardy and 14 provinces in neighbouring regions of Veneto, Piedmont and Emilia Romagna were quarantined on March 8, two days before the national lockdown.

On Thursday, Conte said he welcomed the Bergamo investigation and was “not at all worried”.

“I will conscientiously set out all the facts of which I have knowledge,” he said.

Separate from the investigation led by Rota, about 50 family members of coronavirus victims in the province of Bergamo filed complaints on Wednesday, the first such legal group action in Italy, over the handling of the crisis.