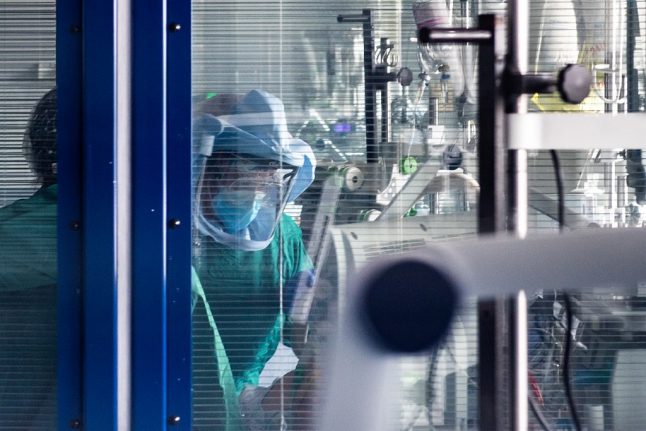 A health worker checks a patient being treated for coronavirus at the Tor Vergata hospital in Rome. Photo: AFP

When Italy first began listing its strict nationwide lockdown on May 4th, all eyes were nervously focused on the latest coronavirus data as we waited to see if lifting restrictions would provoke a spike in cases.

Six weeks on, no new spike in cases has been recorded. However, authorities remind us the risk is still there, as the country continues to record hundreds of new infections daily and dozens of new deaths.

Here's what the latest offical data from Italy's Department for Civil Protection tells us about the progress of the virus.

The number of Covid-19 deaths recorded in the 24 hours to June 17th.

New cases confirmed in the 24 hours to June 17th.

The percentage of these new cases which are in the Lombardy region alone. Lombardy, where the outbreak began, remains by far the worst-hit region in Italy, recoding 242 of the total 329 new cases on June 17th, according to the latest regional data released by the Department for Civil Protection

The number of regions in Italy which reported zero new cases on June 17th. They were: Puglia, Umbria, Valle d'Aosta, Calabria and Basilicata, and the autonomous province of Bolzano

The number of new cases detected in two new outbreaks in Rome this week, at a hospital and a squatted apartment building in the capital. Of these there have been five fatalities.

The total number of cases in Italy, including the currently positive, the deceased and the recovered, since the outbreak began. A graph showing the number of recorded cases in Italy since February. Source: Department of Civil Protection

The total number of Covid-19 deaths recorded in Italy since the start of the outbreak. The number is widely believed to be underestimated.

The number of “excess deaths” in Italy at the height of the epidemic. The number of deaths in Italy has been 40 percent higher than average, with about 42,900 more people dying than usual.

This figure is calculated by comparing the death toll during Febuary-April 2020 to that during the same period in previous years, using data from Italy's National Institute of Statistics (Istat)

A large majority of the excess deaths have been recorded in northern regions. Piedmont for example recorded 50 percent more deaths than normal, while some central and southern regions actually saw fewer deaths than usual.
82.5

The age of the average deceased Covid-19 patient in Italy. A new study by the Istituto Superiore di Sanità (ISS), the italian Higher Health Institute, says the age has risen from steadily from March to June, and if looking at  data after May 4th it rises from 79.8 to 82.5.

The ISS wrote that this “could be due to a series of factors related to health care, from a better ability to treat the infection to a better organization in the fight against the epidemic.”

READ ALSO: When will a Covid-19 vaccine be available in Italy?

The number of healthcare workers in Italy who have been infected during the pandemic, according to a study by evidence-based medicine foundation Gimbe. The foundation says some 4,245 were infected within the past month.

The number of Covid-19 patients in intensive care as of June 17th. This is a key number to watch as it gives an insight into the likely progression of the epidemic over the next weeks.

A total of 3,113 people are being treated in hospital, while 20,649 people, equal to 86 percent of the currently positive, are in isolation without symptoms or with mild symptoms.

Hospitalised Covid-19 patients who have returned home and are classed as “recovered”.

Read all of The Local's coverage of the coronavirus crisis in Italy here. 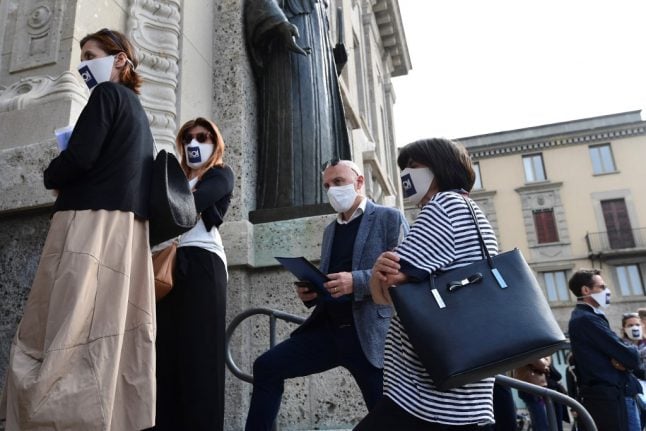 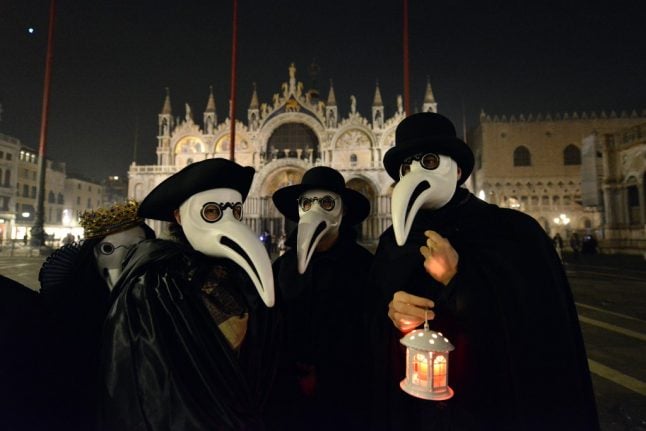