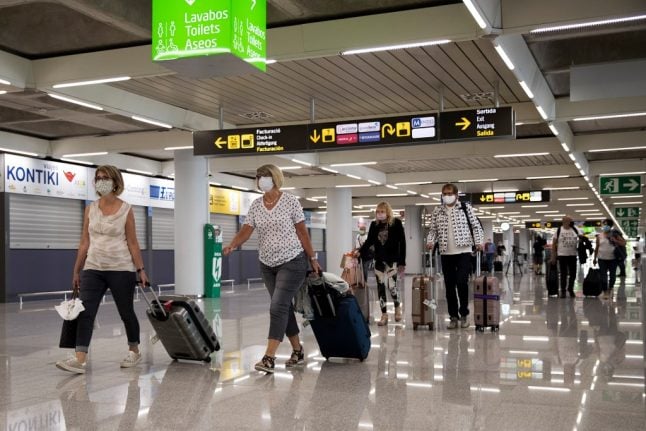 After days of talks, EU envoys on Friday agreed to propose a list of 14 countries to their national governments, with the United States, where the coronavirus is still spreading, to remain excluded.

Croatia, which currently holds the EU's rotating presidency, requested that countries offer feedback by Saturday at 1600 GMT, with hopes the matter could then be put to a vote among the 27 member states.

“There are still ongoing consultations, which will continue until Monday,” an EU source told AFP.

“There is no visibility on where this will go, but the presidency still hopes to put this matter to a vote on Monday,” the source added.

Crucially, travellers from China would be approved to enter, but under the condition that Beijing would do the same for Europeans.

Non-essential travel to the EU has been banned since mid-March, but only after member states closed their national borders in confusion and without coordination as the pandemic grew.

The restrictions are to be gradually lifted starting July 1, as the infection rate recedes — at least in Europe — and some countries hoped for close EU coordination.

Whatever is decided in Brussels will exist only as a recommendation since border control remains a national competence and a limited number of flights to and from banned countries have continued throughout the crisis.

Talks dragged on with some EU members wanting to limit the reopening to countries with an epidemiological situation “comparable or better” than that in the bloc — that is with 16 or fewer cases of Covid-19 per 100,000 inhabitants over the past two weeks.

Under that criteria, travellers from the United States, Brazil and Canada would remain banned.

READ MORE: American tourists could be barred from Europe when borders reopen

However, the health-based criteria has collided with geopolitics, with some countries reluctant to collectively ban the US while welcoming visitors from China, where the pandemic began.

The United States is currently the country most affected by Covid-19 with more than 125,000 deaths — while Europe believes it has passed the peak of its outbreak. 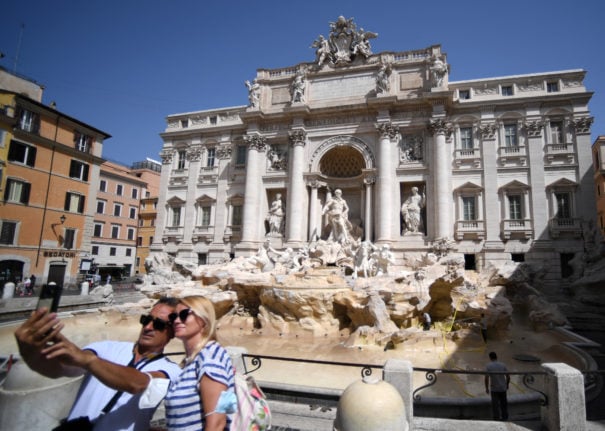 Travelling without access to the internet is almost impossible these days. We use our phones for mapping applications, contacting the Airbnb, even scanning the QR code for the restaurant menu.

If you’re lucky enough to have a phone registered in an EU country then you don’t need to worry, thanks to the EU’s cap on charges for people travelling, but people visiting from non-EU countries – which of course now includes the UK – need to be careful with their phone use abroad.

First things first, if you are looking to avoid roaming charges, be sure to go into your settings and turn off “data roaming.” Do it right before your plane lands or your train arrives – you don’t want to risk the phone company in your home country starting the clock on ‘one day of roaming fees’ without knowing it.

But these days travelling without internet access can be difficult and annoying, especially as a growing number of tourist attractions require booking in advance online, while restaurants often display their menus on a QR code.

So here are some techniques to keep the bills low.

Before leaving home, check to see what your phone plan offers for pre-paid roaming deals.

For Brits, if you have a phone plan with Three for example, you can ask about their “Go Roam” plan for add-on allowance. You can choose to pay monthly or as you go. Vodafone offers eight day and 15 day passes that are available for £1 a day.

For Americans, T-Mobile offers you to add an “international pass” which will charge you $5 per day. Verizon and AT&T’s roaming plans will charge you $10 per day. For AT&T, you are automatically opted into this as soon as your phone tries to access data abroad.

READ ALSO: Seven things to do in Italy in summer 2022

These all allow you to retain your normal phone number and plan.

Beware that these prices are only available if you sign up in advance, otherwise you will likely be facing a much bigger bill for using mobile data in Italy.

However, if you are travelling for a longer period of time it might work out cheaper to turn off your phone data and buy a pre-paid SIM card in Italy.

In order to get a pre-paid SIM card, you will need your passport or proof of identity (drivers’ licences do not count).

Keep in mind that you will not be able to use your normal phone number with the new SIM card in, but will be able to access your internet enabled messaging services, like WhatsApp, Facebook and iMessage. Your phone will need to be ‘unlocked’ (ask your carrier about whether yours is) in order to put a new SIM card in.

Here are some of the plans you can choose from:

WindTre, the result of a 2020 merger between the Italian company Wind and the UK network provider Three, currently offers a “Tourist Pass” SIM card for foreign nationals. For €24.99 (it’s sneakily marketed as €14.99, but read the small print and you’ll see you need to fork out an additional €10), you’ll have access to 20GB of data for up to 30 days.

The offer includes 100 minutes of calls within Italy plus an additional 100 minutes to 55 foreign countries listed on the WindTre website. Up to 13.7GB can be used for roaming within the EU. The card is automatically deactivated after 30 days, so there’s no need to worry about surprise charges after you return from your holiday. To get this SIM card, you can go into any WindTre store and request it.

Vodafone has had better deals in the past, but lately appears to have downgraded its plan for tourists, now called “Vodafone Holiday” (formerly “Dolce Vita”), to a paltry 2GB for €30. You get a total of 300 minutes of calls and 300 texts to Italian numbers or to your home country; EU roaming costs €3 per day.

Existing Vodafone customers can access the offer by paying €19 – the charge will be made to your Vodafone SIM within 72 hours of activating the deal.

The Vodafone Holiday offer automatically renews every four weeks for €29 – in order to cancel you’ll need to call a toll-free number. The Vodafone website says that the €30 includes the first renewal, suggesting the payment will cover the first four weeks plus an additional four after that, but you’ll want to double check before buying. You’ll need to go to a store in person to get the card.

TIM is one of Italy’s longest-standing and most well-established network providers, having been founded in 1994 following a merger between several state-owned companies.

The “Tim Tourist” SIM card costs €20 for 15GB of data and 200 minutes of calls within Italy and to 58 foreign countries, and promises “no surprises” when it comes to charges.

You can use the full 15GB when roaming within the EU at no extra charge, and in the EU can use your minutes to call Italian numbers. The deal is non-renewable, so at the end of the 30 days you won’t be charged any additional fees.

To access the offer, you can either buy it directly from a TIM store in Italy, or pre-order using an online form and pay with your bank card. Once you’ve done this, you’ll receive a PIN which you should be able to present at any TIM store on arrival in Italy (along with your ID) to collect your pre-paid card. The card won’t be activated until you pick it up.

Iliad is the newest and one of the most competitive of the four major phone companies operating in Italy, and currently has an offer of 120GBP of €9.99 a month. For this reason, some travel blogs recommend Iliad as the best choice for foreigners – but unfortunately all of their plans appear to require an Italian tax ID, which rules it out as an option for tourists.

Though buying a pre-paid SIM card is a very useful option for visitors spending a decent amount of time in Italy, as mentioned above, there’s a significant different difference between buying a one-time pre-paid SIM versus a monthly plan that auto-renews.

Make sure you know which one you’re signing up for, and that if you choose a plan that will continue charging you after your vacation has ended, you remember to cancel it.

If you have a UK-registered mobile phone, check your plan carefully before travelling. Before Brexit, Brits benefited from the EU cap on roaming charges, but this no longer applies.

In short, check before you set off and don’t assume that because you have never been charged extra before, you won’t be this time.