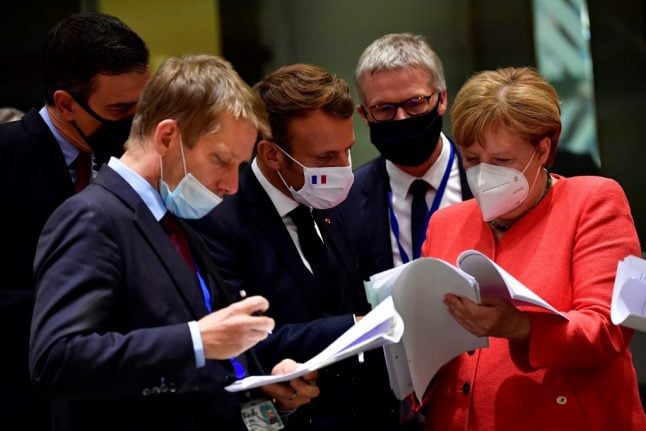 The 750-billion-euro ($858-billion) deal was sealed after intense negotiation that saw a threats of a French walkout and a Hungarian veto – and fierce opposition from the Netherlands and Austria to too generous a package.

“These were of course, difficult negotiations in very difficult times for all Europeans,” EU Council Chief Charles Michel, whose job was to guide the tortuous talks over more than 90 hours.

He dubbed the summit “a marathon which ended in success for all 27 member states, but especially for the people”.

The package, seen by AFP, was made possible by the crucial backing of Germany and France and includes the biggest ever joint borrowing by the 27 members of the bloc, something that had been resisted by Berlin and the so-called “frugal” northern states for generations.

The deal is a special victory for French President Emmanuel Macron who came to office in 2017 committed to strengthen the European Union, but had struggled to deliver against member states with less ambition for the  seven-decade-old EU project.

“This is a historic change for Europe,” Macron told reporters in a joint press conference with German Chancellor Angela Merkel, speaking of her relief that Europe had, in her eyes, shown itself equal to “The greatest crisis in the history of the European Union”.

The package will send tens of billions of euros to countries hardest hit by the virus, most notably heavily indebted Spain and Italy that had lobbied hard for a major gesture from their EU partners.

Their call for solidarity was met with the fierce opposition of the “Frugals”, a group of small, northern nations led by Netherlands, who believed strongly that the stimulus package was unnecessary.

Spanish Prime Minister Pedro Sanchez hailed “a Marshall Plan for Europe”, that would boost Spain's suffering economy by 140 billion euros over the next six years. German Chancellor Angela Merkel (R) and French President Emmanuel Macron (L) leave after their joint video press conference at the end of the European summit at the EU headquarters in Brussels on July 21th, 2020. Photo: AFP

But Prime Minister Mark Rutte of the Netherlands denied that the advent of joint borrowing for the rescue heralded the start of what he had warned of before the talks – a “transfer union” with a permanent north south transfer of wealth.

“This is a one off, there is a clear necessity for this given the excessive situation,” he told reporters.

The frugals were also deeply apprehensive of sending money to southern countries that they see as too lax with public spending.

To meet their concerns, payouts from the package will come with important strings attached – a hard pill to swallow for Rome and Madrid who deeply resisted anything resembling the harsh bailouts imposed on Greece, Portugal or Ireland during the debt crisis.

The frugals were also enticed with heavy rebates on their EU contributions, furthering a practice first offered to Britain decades ago, when it was still a member.

The recovery package will complement the unprecedented monetary stimulus at the European Central Bank, that has largely succeeded in reassuring the financial markets despite a catastrophic recession in Europe.

Overall, the deal will dole out 390 billion in the form of grants to pandemic-hit countries.

That was lower than an original 500 billion euro proposal made by France and Germany. Another 360 billion euros was to be disbursed in loans, repayable by the member state.

The stimulus payments will not be blank cheques to member states.

Spending will be closely controlled and must be devoted to policies seen as compatible with European priorities, including politically difficult economic reforms as well as the environment.

The European Commission, the EU's executive arm, will be in charge of distributing the funds, with the 27 member states able to turn down a spending plan if a weighted majority of them decide to intervene.

The rescue package was agreed along with the EU's long-term budget, bringing the agreed spending to 1.8 trillion euros through 2027.

The plan was nearly upended by Hungary and Poland due to a demand that EU payouts be tied to the “Rule of Law”, Brussels jargon for upholding laws on freedom of speech and an independent judiciary.

Budapest and Warsaw are under fire for offending EU norms, but a proposal to tie the EU budget to those concerns was watered down to the satisfaction of Hungarian Prime Minister Viktor Orban and his Polish counterpart.

The package now requires more technical negotiations among member states as well as a ratification by the European Parliament that could happen as soon as Thursday. 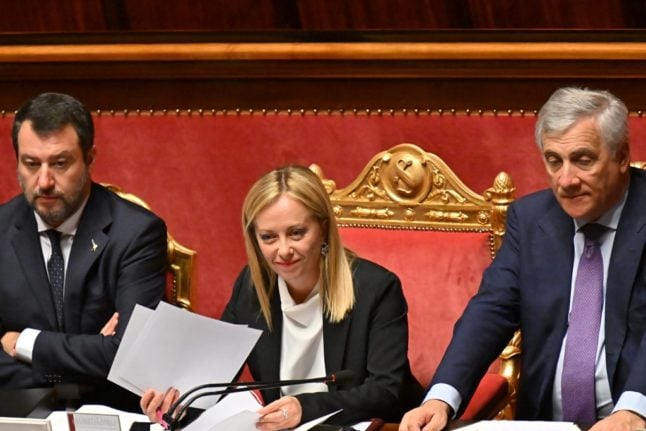