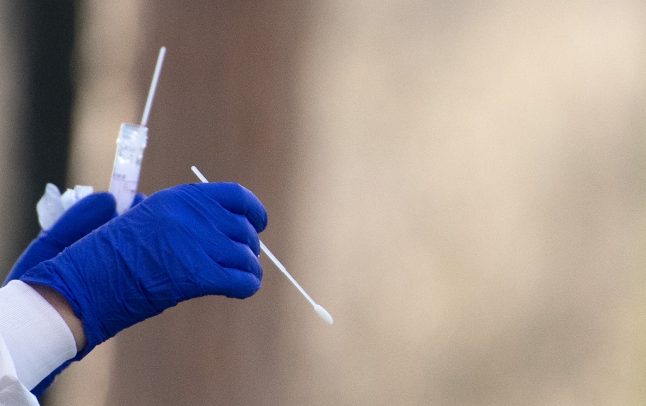 While infections detected in Italy have risen in the past few weeks, health authorities say that's at least partly down to more proactive screening that has allowed them to identify cases sooner, even without symptoms.

Thanks to contact tracing protocols, people who have come in contact with someone infected can also be isolated more swiftly, cutting off the chain of transmission.

But nonetheless new focolai ('hotspots') continue to emerge across Italy – even if, in most instances, the numbers of people involved are relatively small.

Here are the provinces with some of the biggest recent clusters, and what we know about how they started.

In what's believed to be the biggest recent outbreak in Italy, more than 250 people have tested positive in the past fortnight in a cluster that started at a migrant reception centre in Treviso. Most of those infected are residents, but they also include a dozen staff and at least one police officer who visited the premises.

The majority of cases were asymptomatic, according to health authorities.

All 300 residents remain in quarantine at the centre, while prosecutors have opened an investigation into how the virus was able to spread so widely – especially since two cases were identified at the centre two months ago.

At least 127 workers on a farm in Rodigo have contracted the virus, most of them employees involved in wrapping and packing fruit.

More than 400 people were tested after one worker reported having a fever. Most of the other people infected didn't show any symptoms, health authorities said.

More than 60 people staying at a migrant reception centre in the port of Pozzallo tested positive for the virus in a single day this week, in addition to other cases reported there this month.

Local authorities warn that facilities are overcrowded as more people attempt to cross by boat from North Africa in summer, and that some reception centres are struggling to keep residents in isolation. Health workers on the Sicilian island of Lampedusa check the temperature of people arriving by boat. Photo: Alberto Pizzoli/AFP

Smaller outbreaks have also been reported at migrant reception centres or hostels in Pergusa, Sicily, and Carrara, Tuscany.

Nearly 40 cases, most of them without symptoms, have been traced back to a single businessman who returned to Italy from the Dominican Republic – one of 16 countries on Italy's 'high risk' list, where you're only allowed to travel from if you're an Italian resident who needs to return home.

The man reportedly flew on a plane carrying an infected passenger, then failed to quarantine upon landing as required by Italy's travel restrictions. He is understood to have visited two of his businesses and met up with friends, several of whom have now tested positive.

More than 30 people have tested positive in the small town of Montecopiolo, which has been carrying out mass screening of all 1,100 residents after someone who attended a school reunion dinner with dozens of other people in mid-July reported becoming sick.

The entire Sacro Convento monastery is currently in quarantine after at least 18 occupants tested positive for coronavirus.

The 14 novices and four friars have been isolated from the rest of the brothers, while monks living in the Franciscan monastery – which adjoins the famous Basilica of St Francis of Assisi, a Unesco heritage site and pilgrimage destination for Christians from all over the world – have ceased duties that would bring them into contact with the public. The cluster is believed to be linked to the parents of one of the new novices, who recently arrived in Assisi from several other countries in Europe. One man's parents, visiting from France last week, subsequently tested positive upon their return home.

Around 20 teenagers who celebrated the end of school with a group holiday to Croatia were found to have become infected after their return in early August.

Nearly 100 people took part in the trip, which saw youngsters travel around the island of Pag by coach. The Italian travel agency that organized it says it alerted health authorities as soon as the first holidaymaker tested positive, and people from at least two of its tours are now being screened.

A dozen teenagers who returned from a holiday on the Greek island of Corfu have since tested positive for the virus, as has the mother of one of the group.

The youngsters told Italian media that they were the only ones to turn up at nightclubs wearing face masks, so they took them off. They and their families are now in quarantine.

Several other clusters have now been traced back to returning holidaymakers, including a group of five people in Cuneo, Piedmont who had been to Croatia, eight people in Rome who visited Malta, another three in Syracuse, Sicily, who had also been to Malta, five teenagers from Puglia who went to Greece, and a family of three in Bologna, Emilia-Romagna, who had travelled to France. Authorities are screening some 40 people who attended a barbecue on August 1st with someone who may have been infected. Seven people have tested positive so far, according to press reports.

In late July more than 50 cases were traced back to a 300-seat sushi restaurant in the same province, many of them without symptoms. Authorities isolated and tested more than 1,000 people and say the cluster is effectively contained.

At least seven infections have been linked to a children's summer camp in Rieti, after an 8 year old was found to have the virus.

Another child and five adults have tested positive so far, while more than 100 people are in precautionary quarantine. The camp had already wrapped up for the year by the time the first case was discovered in early August.