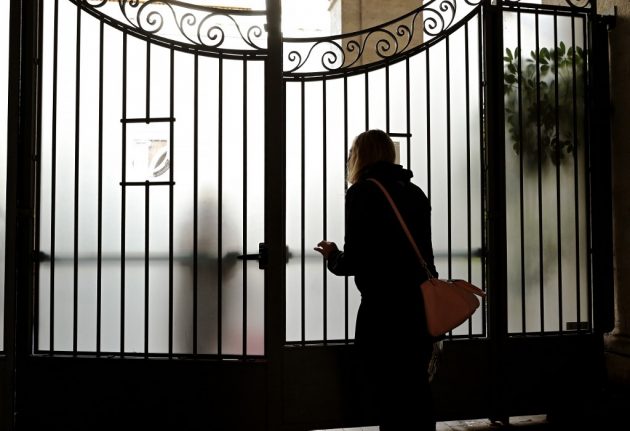 “We will reopen the schools at any cost,” said Franco Locatelli, President of Italy's Higher Health Council and a member of the government's technical scientific committee (CTS), which advises ministers on implementing and relaxing measures aimed at stopping the spread of the coronavirus.

“The infections are increasing, but we can contain the epidemic,” Locatelli insisted in an interview with Italian newspaper Il Corriere della Sera on Monday.

Will more businesses be shut down?

While Italy is “fortunately still in a privileged position for now”, he said that could change as “the number of cases is increasing so much so that in a week it has gone from 200-300 per day to over 600 on August 15th.”

“Either we follow the rules or we risk having to close other businesses, after the discos,” he said.

Italy's health minister had on Sunday night ordered all nightclubs to close for three weeks amid concerns that social distancing and other precautionary measures were not being followed.

Locatelli said the nightclub closures “will have an economic impact, unfortunately, but health comes first, and the gatherings we have seen in discos must be avoided otherwise we risk finding ourselves in a more alarming situation soon”.

He said further business closures couldn't be ruled out, and urged people to continue to take basic precautions – wearing masks in public places, frequest hand.washing, and maintaining a distance from others.

But Locatelli stressed that keeping schools closed beyond September 14th is “out of the question”.
“We need to reopeìen schools with the lowest possible number of cases,” he said. “The better we are doing on September 14th, the higher the probability of resuming lessons without the risk of having to close classes or buildings.”

Locatelli insisted that Italian authorities had not been too hasty in relaxing the rules after the strict lockdown, however.

“Undoubtedly the beginning of the summer season involved the need to consider some reopenings, in order not to damage the tourism economy and to allow Italians to enjoy their holidays in mountain and seaside resorts – avoiding going abroad.”
READ ALSO: Masks or no masks? How Italy plans to reopen schools Photo: AFP
Where are Italy's new cases coming from?

Locatelli said many recent outbreaks were connected to international travel – often by Italians holidaying abroad, or by foreign residents travelling back to their homes in Italy.

Cases are “now widespread throughout the country with hundreds of outbreaks,” he said.

“The phenomenon is partly linked to vacationers.”

“Depending on the region, 25-40 percent of cases were imported by fellow citizens who had returned from travel abroad, or by foreigners residing in Italy.”

The italian government last week introduced mandatory testing for all travellers returning to Italy from Spain, Greece, Croatia, and Malta, in the hope of stemming new outbreaks.

Meanwhile Locatelli said “cases imported by migrants, understood as being desperate people who flee, are minimal.”

“No more than 3-5 percent are positive, and some become infected in reception centers where it is more difficult to maintain adequate health measures.”

Many Italian media reports have suggested that young holidaymakers in particular may be to blame for many of the new cases, and the Italian Health Ministry says the average age of infected persons in recent weeks has dropped to 40, the lowest yet, compared to about 61 during the first stage of the pandemic.

But Locatelli was reluctant to blame the recent surge in cases on younger people.

He said “their risk of becoming infected is similar to that for anyone else”.

“There is a reduction in the age of infected people due to the fact that we have learned to protect the elderly,” he expained. “Young people can become infected and are not safe from serious symptoms. Many twenty-year-olds have been hospitalized.”