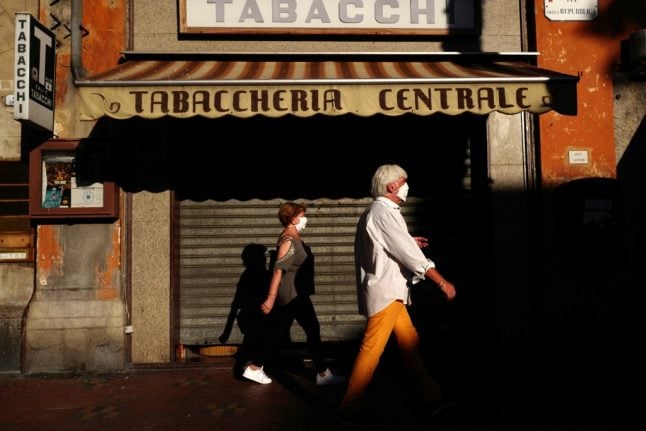 Masks remain compulsory in public places in Italy, including in some outdoor areas between 6pm-6am. Photo: AFP

The latest set of rules, signed by PM Giuseppe Conte on Monday evening, is the latest in a series of government decrees – formally called a DPCM (Decreto del presidente del consiglio, or 'prime minister's decree') – issued under Italy's coronavirus state of emergency that introduced the sweeping restrictions of the past six months.

The new decree will be valid for 30 days, until October 7th, when ministers will again decide if rules should be extended or revisited.

Rather than being a new set of regulations and provisions, the latest text is mainly an extension of existing rules put in place by prevous decrees.

The good news is that no new restrictions have been introduced – and some have been relaxed. Here's what you need to know.

As expected, the new decree keeps Italy's existing rules on face masks in place: everyone must wear them in enclosed public spaces such as shops, restaurants or public transport. They must also be worn in outdoor areas between 6pm-6am, as the rule introduced on August 15th has also been extended under the new decree.

Masks must be worn “in the spaces pertaining to places and premises open to the public as well as in public spaces (squares, open spaces, streets, promenades) where due to the physical characteristics it is easier for gatherings to form, including those of a spontaneous and occasional nature.”

The only exceptions are children under six years old, or people with a disability that makes it impossible.

Those rules will apply until at least September 30th, when the government will decide whether to extend them again.

Most travel restrictions stay in place

Those returning to Italy from trips to Spain, Malta, Greece and Croatia will still face mandatory testing on arrival and the quarantine obligation for those arriving from Romania and Bulgaria stays in place.

Unrestricted travel from within the EU remains permitted.

Travel from elsewhere, including from the US, remains possible for essential reasons only and arrivals will still face a 14-day quarantine on arrival.

The decree is set to include an exception to allow the reunification of international couples separated due to the travel rules: partners living abroad can now enter Italy to reach “the person with whom they have a stable emotional relationship, even if not cohabiting.”, the decree text states

It is not yet clear what evidence they must provide to prove their relationship is “stable”. Dance venues will stay closed throughout September under the extended rules.

Italy shut down all discos and nightclubs, including outdoor venues, on August 15th as they were being frequently linked to new outbreaks in the country.

Public transport capacity increased
The new decree allows public transport to run at 80 percent of its maximum capacity from Monday.
School buses will be able to travel at full capacity as long as children do not stay on board more than a quarter of an hour, the text states, ahead of the planned return to school from September 14th.
READ ALSO: These are the Covid health measures for Italy's schools from September
Still no sports fans at stadiums

Stadiums will not be able to admit the public in September, and football matches will continue to be played behind closed doors.

From September 1st, fans hae been allowed to watch sports in person again, but only for “minor” events. In other words amateur and local competitions are OK, but Italy's Serie A football matches remain off-limits.

There will also be a cap on the number of spectators allowed to attend: 1,000 for outdoor events and 200 indoors. The same cap applies to audiences at concerts and cultural events. 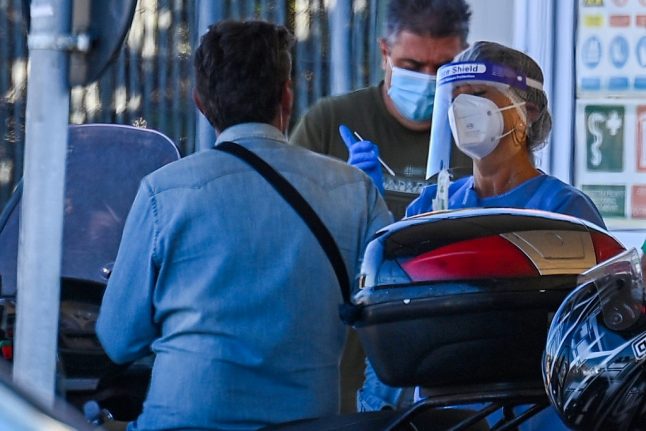 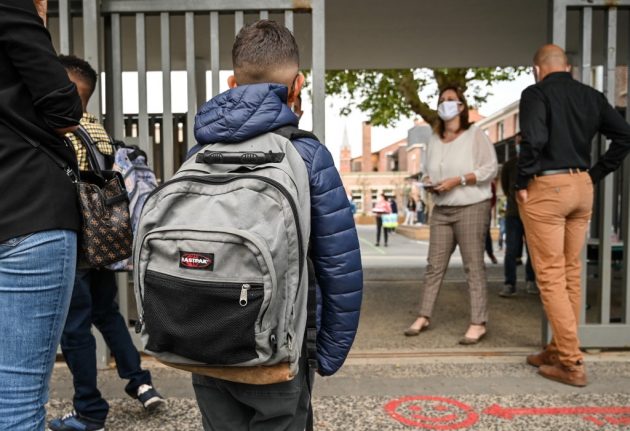