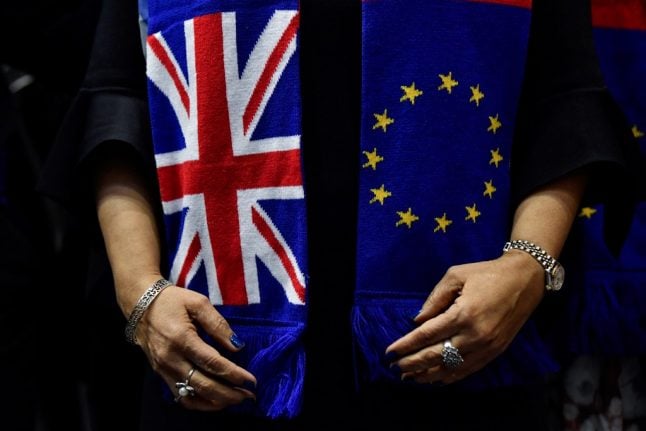 The British government admitted in parliament this week that new legislation called the internal markets bill, breaks international law, because it overrides part of the Brexit Withdrawal Agreement between London and the EU's 27 member states.

The British in Europe campaign group, which fights for the rights of Britons living across the EU, says the “simple but devastating” move has once again removed all certainty for UK nationals.

After Theresa May rejected, before the start of the Withdrawal Agreement negotiations, the option simply to confirm automatically the existing rights of over 5 million EU and UK citizens living in the UK and the EU, this group of 5 million people have been anxiously waiting to know whether they would be able to continue to live their lives with their families and their livelihoods in the countries where they reside.

Together we have spent four years in limbo, with the spectre of the UK leaving the EU without a deal on citizens’ rights lasting until the end of last year.

In January 2020 we finally hoped that the signature and the ratification of the Withdrawal Agreement meant that our worst fears would not be realised and that we would at least salvage enough of our rights to live our lives broadly as before and have relative certainty about what those rights would be.

We knew that implementation would be challenging in all 30 EU and EEA countries plus Switzerland but hoped that with good faith on both sides most of us would finally have some peace of mind about our futures by the end of 2021 at the latest.

It appears that this hope was naïve. With this simple but devastating statement in the House of Commons and the publication of the draft bill, all certainty has vanished.

Since Sunday night we have been receiving anxious enquiries from our members about what a breach of the Northern Ireland Protocol could mean for the implementation of the citizens’ rights chapter of the Withdrawal Agreement and for their futures.

It is particularly worrying for the hundreds of thousands of UK nationals living in the EU member states which are following the UK’s lead and requiring them to reapply for their status and rights – especially where implementation has not started. France, home to the second largest population of UK nationals in the EU, falls into this category. In the UK, the3million has been encouraging EU citizens to apply for status via the EU settlement scheme believing their right to live, work and access services in the UK to be secure. The UK government risks further eroding the trust that EU citizens have in the safety that settled status will provide them.

The statement in the House of Commons and the published bill send a clear message to the EU that if the UK does not intend to honour one critical part of the Withdrawal Agreement, it cannot be trusted to implement other parts of the Agreement, including on citizens’ rights.

'Levels of trust were already low'

The calls that followed from some Conservative MPs for the Agreement to be scrapped reinforced that message. The Member States will rightly now question whether the UK will honour its obligations towards over three million EU citizens living within its borders.

Levels of trust were already low but this unprecedented act of bad faith towards our nearest neighbours and partners throws 1.2 million UK nationals living in the EU under the bus yet again. The extent to which trust has been undermined by the UK government’s actions this week is clear in the very frank statement from Commission Vice-President Šefčovič on 10 September.

By putting forward this Bill, the UK has seriously damaged trust between the EU and the UK.

Dealing with the COVID-19 pandemic and the worst economic recession in fifty years was bad enough. Dealing with the consequences of the actions of a government that acts with no regard for the security of its nationals abroad, nor apparently for the rule of law, will be infinitely worse.

'Any statement by the Prime Minister would now count for very little.'

We now ask Prime Minister Johnson to do the decent thing and make an urgent statement in the House confirming that the UK will honour its obligations towards EU nationals in the UK and its own citizens living in the EU in the full spirit and to the letter of the Withdrawal Agreement.

We appreciate that any statement by the Prime Minister would now count for very little. The statement by the Secretary of State for Northern Ireland and the publication of the draft internal market bill cannot be undone. However, as the EU pointed out in its statement yesterday, “it is now up to the UK government to re-establish… trust.”

Confirming that the UK will honour all its commitments under the citizens’ rights chapter of the Withdrawal Agreement would be a start to that process and should be done as a matter of urgency.

We also call on EU countries to stand by their obligations to us under the Withdrawal Agreement, and thereby reaffirm the importance of the rule of law and of honouring the promises that were made to us. Together, both of our organisations shall continue to press the UK government to show that the UK still stands for decency by keeping its word and honouring its obligations to citizens in full.

You can read the full British in Europe statement here.