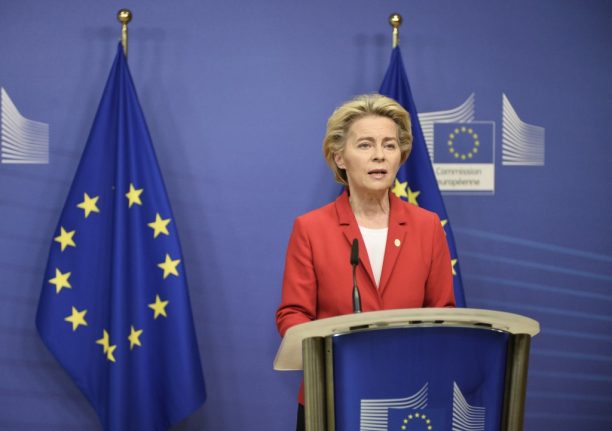 Ursula von der Leyen, the president of the European Commission announced that the UK had been put on formal notice over controversial legislation which even UK government ministers admit breaks international law.

Earlier this month the EU had demanded Britain withdraw its contentious Brexit legislation, known as the Internal Market Bill or face legal reprisals.

After Boris Johnson's government failed to respond to the demand by the end of September, the EU set in motion the first steps of legal action that will sour already fraught relations between London and Brussels.

“We had invited our British friends to remove the problematic parts of their draft Internal Market Bill by the end of September,” said Von der Leyen.

“This draft bill is, by its very nature, a breach of the obligation of good faith, laid down in the withdrawal agreement. Moreover, if adopted as is it will be in full contradiction to the protocol on Ireland and Northern Ireland.”

Press statement by President @vonderleyen on the implementation of the Withdrawal Agreement between the EU and the UK.https://t.co/Q1doAKnWFQ

”The problematic provisions have not been removed. Therefore this morning, the commission has decided to send a letter of formal notice to the UK government. This is the first step in an infringement procedure,” she added.

The UK now has a month to respond to the commission's formal letter of notice.

The bill would give British ministers unilateral powers to regulate trade among England, Scotland, Wales and Northern Ireland, once the force of EU law expires at the end of the post-Brexit transition period – which comes to an end on December 31st 2020.

But under the EU withdrawal treaty, Britain is meant to liaise with Brussels on arrangements for Northern Ireland, which will have the UK's only land border with the EU, and where 30 years of bloodshed ended with a historic peace deal in 1998.

France told Britain it was “unacceptable” to violate the EU treaty, and the pound slumped further on currency markets with businesses growing ever-more alarmed that the coronavirus-hit UK economy could fall off a Brexit cliff-edge at the end of this year.

The European Commission had previously warned that Britain “has seriously damaged trust between the EU and the UK”, and scorned Downing Street's contention that the bill will preserve the peace in Northern Ireland.

“In fact,” the statement said, Brussels “is of the view that it does the opposite”.

'All certainty has vanished'

With the UK government proposing to effectively override parts of the carefully negotiated and ratified Brexit Withdrawal Agreement concern has been mounting among Britons living in Europe that their futures aren't quite as guaranteed as they thought.

Campaign group British Europe said in a statement earlier this month that “all certainty has vanished” at a crucial time when Britons around Europe were applying for post-Brexit residency permits and registering as official residents of their EU countries.

“We have been receiving anxious enquiries from our members about what a breach of the Northern Ireland Protocol could mean for the implementation of the citizens’ rights chapter of the Withdrawal Agreement and for their futures,” said the statement

“It is particularly worrying for the hundreds of thousands of UK nationals living in the EU member states which are following the UK’s lead and requiring them to reapply for their status and rights – especially where implementation has not started. France, home to the second largest population of UK nationals in the EU, falls into this category.

“The Member States will rightly now question whether the UK will honour its obligations towards over three million EU citizens living within its borders.

“Levels of trust were already low but this unprecedented act of bad faith towards our nearest neighbours and partners throws 1.2 million UK nationals living in the EU under the bus yet again.”

Von der Leyen said on Thursday that the EU Commission “will continue to work hard towards a full and timely implementation of the Withdrawal Agreement. We stand by our commitments.”