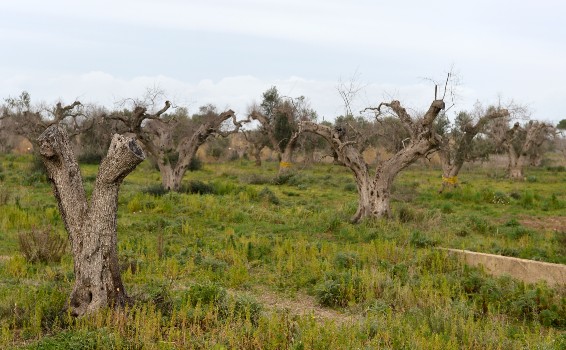 Italian production for 2020 is estimated at 270,000 tonnes, down 26 percent from 2019 due to a sharp drop in output in the southern Puglia region, which usually accounts for almost half of the country's olive oil, Confagricoltura said in a statement.

Holding about 15 percent of the world market, Italy this year has suffered rapidly changing weather, hailstorms in the south and drought, while the Xylella bacteria has devastated most of the olive groves in the Salento region of Puglia.

Known as “olive tree leprosy,” the bacteria has ravaged orchards in southern Europe.

The situation is better, both in terms of quality and quantity, in the Centre-North regions, Confagricoltura said, although those areas account for only 20 percent of total production.

Most of Italy's oil for export — about a third — goes to the United States, with Germany in second place with 13 percent, followed by Japan and France.

Italy's selling prices are nearly 60 percent higher than those of Spain, a giant that alone represents 45 percent of world production.