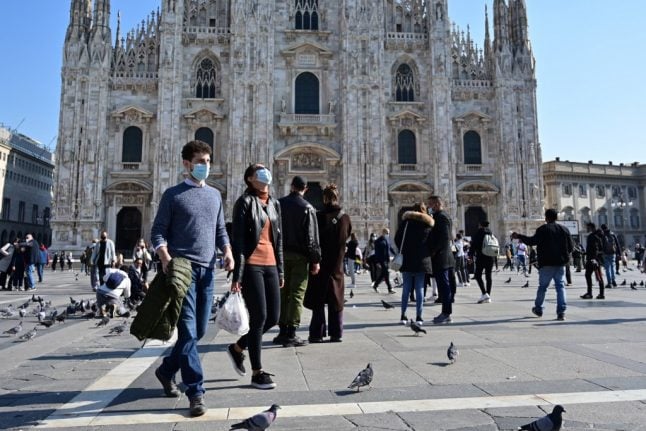 People wearing protective masks walk across the Piazza del Duomo in Milan on October 17th. Photo: Miguel Medina/AFP
Campania's regional governor announced on Tuesday afternoon that the region has requested a curfew from 11pm on Friday, Italian media reports.
“Everything will close at 23:00 on Friday in Campania, the same as Lombardy has requested,” Campania governor Vincenzo De Luca said.
Analysis: How and why the coronavirus numbers in Italy have risen so sharply
He said Campania would ask for the all-clear from central government “by the end of the day”.
“All activities and transport will be halted from this weekend on,” he said.
He gave no details immediately on how it would work or how long it would last.
In Lombardy, the curfew from 11pm to 5am is expected to begin on Thursday night and last until at least November 13th.
Health Minister Roberto Speranza gave his consent late Monday to the more restrictive measures proposed by the Lombardy regional government, after an hours-long meeting.
“It's an appropriate and symbolically important initiative that shouldn't have particularly serious economic consequences,” Regional President Attilio Fontana told newspaper La Repubblica on Tuesday.
Campania will have to get the same go-ahead from the government before its curfew can come into force.
Lombardy's curfew is expected to only allow people to leave their home for reasons of health, work or necessity.
The new decree will also call for medium and large non-food shops and shopping centres to be shut on weekends, according to Italian media reports. Milan's Galleria Vittorio Emanuele II on October 17th. Photo: Miguel Medina/AFP
Italian authorities reported more than 10,000 new Covid-19 infections on Friday for the time ever, with Lombardy the hardest hit region, as it was in the beginning of the health crisis in February.
The region, which includes Italy's financial hub of Milan, reported 1,687 new cases on Monday, with Italy's southern Campania region coming a close second with 1,593.
On Saturday, Lombardy ordered its bars to shut at midnight and prohibited the consumption of food and drink in public outside areas.
Italy's government has over the past two weeks repeatedly tightened national restrictions to try to stem the new wave of infections.
Rules include banning amateur contact sports and school trips, and restricting bars and restaurants to table service after 6pm.
However Lombardy is the first part of the country to impose a curfew.
In the past week, from October 12-19, the number of those hospitalized with Covid-19 in Lombardy has jumped 145 percent.
“There's no more social distancing,” one Milan newspaper stand owner told AFP.
“A few weeks ago, they took off the (social distancing) markers on the ground and if you go into the subway or the tram it's chaos,” said Alessandro
Sigolo, 57.
Francesco Bini, head of the pulmonology department at Milan's Garbagnate Hospital, said Lombardy's density and business activity was exacerbating transmission of the virus.
“Lombardy is a very dynamic region, very active, with a large population, concentrated particularly in the cities,” Bini told AFP.
“Doing a lot of things, seeing a lot of people, having a lot of work and meeting activities facilitates the spread of the virus.”
Prime Minister Giuseppe Conte has said he does not envision another country-wide lockdown, which would further sap Italy's struggling economy, but has said that he would not rule out localised restrictions.
Health experts in Italy on Tuesday criticised the latest national measures are being “too bland” and “lacking a strategy”.
Since Italy became the first hard-hit European country earlier this year, more than 36,000 people have died of Covid-19 in the country. 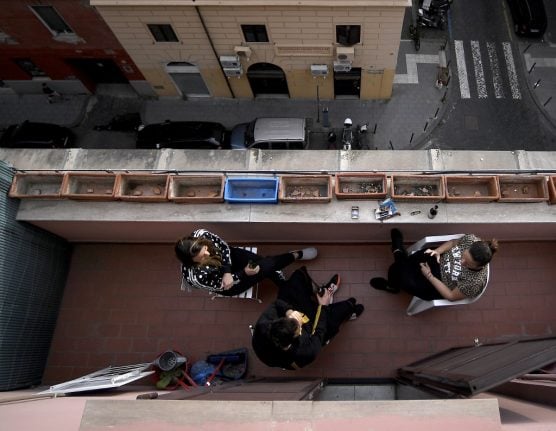 HEALTH
UPDATE: What does Italy’s new ‘rule of six’ mean for you? 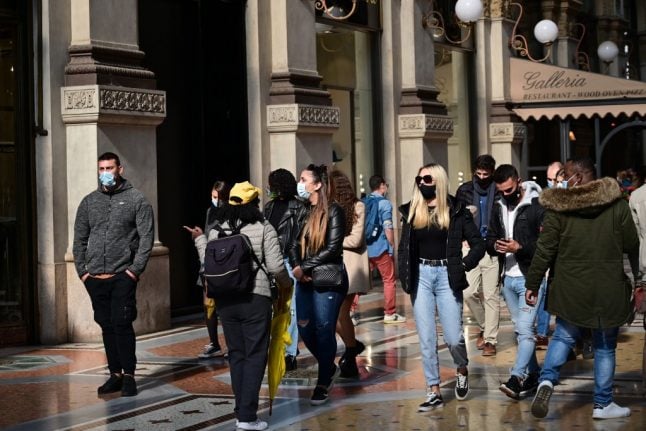 HEALTH
UPDATE: What does Italy’s new ‘rule of six’ mean for you?

HEALTH
How and why the coronavirus numbers in Italy have risen so sharply
Url copied to clipboard!