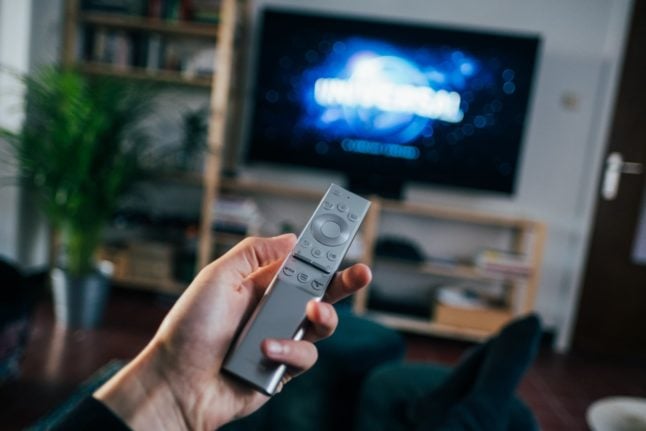 The RAI TV and radio tower in eastern Milan. Photo: Miguel Medina/AFP
The Italian licence fee was added to electricity bills in 2016, due to the previously low number of households paying the charge. It is now added automatically for all households with an electricity contract, and is an opt-out rather than opt-in system.
Italy has a high rate of television ownership and use, with around 97 percent of households thought to have at least one television (compared to 82 percent with an internet connection). Various studies have ranked Italy as the European country where people watch the most TV.
Legally, if you are an Italian resident and you own one or more televisions, you have to pay the licensing fee.
The good news is that you don’t actually have to do anything to arrange the payment.
The canone payment is added automatically, and you can show your electricity bill as proof of payment in the unlikely event that a TV licence inspector comes to call. (They do apparently exist in Italy, but are rarely seen since the charge was added to electricity bills.)
And you don’t need to do anything in order to renew it.
If for some reason you don’t have an electricity contract, but do have a television, you’ll need to submit an F24 form at the Agenzia delle Entrate (tax office).
However, if you’re among the small percentage of the population which doesn’t own a TV, it’s a bit more complicated.
How do I cancel or opt out of paying?
The first thing to know is that when managing your TV licence payments, you’ll need to speak to the Agenzia delle Entrate (the Italian tax office) and not the electricity company, despite the billing process.
Three categories are exempt from paying the licence fee:
You can find the different exemption forms available to download here.
There are also instructions for filling the forms out, however these are currently only available in Italian, German and Slovenian – there does not seem to be an official English version available for either form. We have explained it below.
How do I complete the form?
The form can be submitted online if you have a SPID (electronic ID code), which all Italian taxpayers can obtain from the post office.
If you don’t have this code, you can print out the form and mail it to the address provided on the tax office website, or go in person to your local Agenzia delle Entrate office. You’ll need a form of ID and your Italian tax code (codice fiscale) at the ready.
READ ALSO:
The form is quite straightforward and gives a choice of several options (A, B or C) to tick giving your reason for exemption. If you simply don’t have a TV in your home, you’ll need to use “Quadro A” and tick the first box under “Dichiara alternativamente“. (In that case, you don’t need to write anything in Quadro B or C).
Here’s a translation of what each option is – if you’re unsure which applies to you it’s best to check with the Agenzie delle Entrate.
Form A .
Option 1: No member of the family registered as resident at any property owned by the undersigned owns a TV.
Option 2: No member of the family registered as resident at any property owned by the undersigned owns a TV, other than someone who is already exempt (you’ll need to give their details in the section of the form marked .
Form B: The TV license fee should not be paid by the undersigned as it is already paid at another address or by someone else in the household
Form C: Declaration that your living situation has changed (for example, because you have moved into a new household)
As this is a kind of “self-certification”, it does not require any checks for approval.
If your form is accepted, the license fee should then be cancelled from the next billing cycle.
READ ALSO: How to find out if you’re eligible for Italian citizenship by descent
But that’s not the end of it.
You’ll need to complete the form again every year. The exemption must be requested annually, by the end of January
If you don’t complete the form by that date you’ll miss the cut-off and will need to pay the license fee for the next six months.
This means that you submit your form on February 1st, you’ll be paying the license fee until July.
So make sure to mark your calendar in January.
Do I need more than one license if I own more than one property?
If you own a second Italian property, such as a holiday home, you won’t need a second TV licence as long as you are not registered as a resident at both addresses.
To avoid paying the canone on both electricity bills, you’ll need to complete the exemption form, stating that the bill for a property has already been paid at another address.
What happens if I don’t pay?
Anyone who is liable to pay the fee but doesn’t can be fined between 200 and 600 euros, as well as up to ten years’ worth of unpaid fees, if caught.
The higher fine will be applied if you have submitted an exemption form claiming not to own a television when you actually do.
For more details about paying the the canone, see the Agenzie delle Entrate (tax office) dedicated website (in Italian). 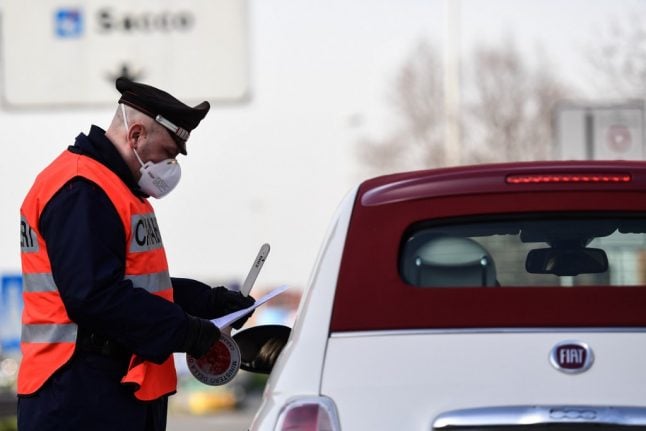 DRIVING
Brexit: How to swap your UK driving licence for an Italian one
Url copied to clipboard!