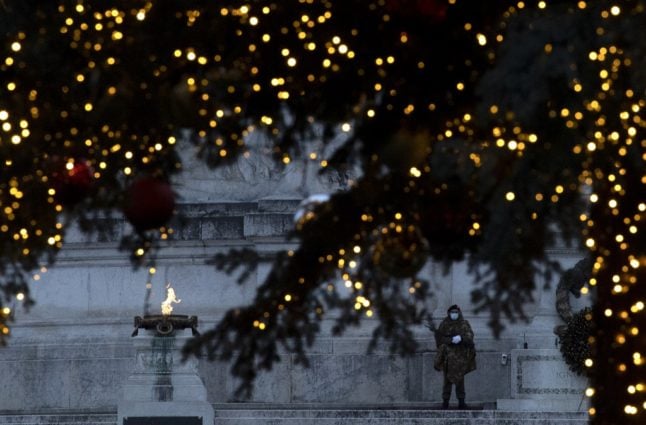 As we reach the end of a long year, many people had been hoping to celebrate Christmas in Italy with at least one or two loved ones – despite knowing it would be a quiet one this year, and in many cases, having had to change previous plans.

READ ALSO: 'This year will be small for sure': How Italy's foreign residents have changed their Christmas plans

But with less than a week to go until Christmas, it's still not known exactly what we will and won’t be allowed to do in Italy over the festive period.

On December 3rd, the government announced restrictions covering the Christmas period. But it has since decided that those rules don’t go far enough to prevent a feared 'third wave' of infections being sparked by socialising over the holidays.

Discussions on the further restrictions have been ongoing since Sunday, and ministers have not yet confirmed what the new measures will be.

While we wait for an official announcement, here’s a look at what we know – and don’t know – so far.

Is Italy definitely heading for a Christmas lockdown?

While not much is known for sure at the moment, the most likely scenario seems to be that the whole country will be placed under “red zone” rules (see below for what the red zone rules are) over much of the Christmas period

Italian health minister Roberto Speranza on Friday warned that the government is planning a “significant tightening of the rules between December 24th and January 6th”.

The main Italian newspapers currently report that the government plans to announce red zone restrictions across the country for at least eight days in total: from December 24th – 27th, and December 31st – January 3rd.

This means that on Christmas Eve, Christmas Day, Boxing Day, New Year’s Eve, New Year’s Day, and the weekend immediately after, the highest-level restrictions would apply across the whole country.

On the days in between, it is not yet clear whether “orange” or “yellow” zone restrictions may apply.

MAP: Which zone is each region in under Italy's tier system?

“We will all have to spend Christmas at home,” Francesco Boccia, Minister for Regional Affairs, told Italian news channel Sky TG24 on Thursday.

“We must make choices to protect the most vulnerable and the elderly, at the cost of bordering on unpopularity,” he said. “It is evident that we are moving towards restrictions during the holiday period, if anyone thinks there will be parties, dinners, gatherings, they are very wrong”.

Further details should come in an official announcement from Conte, which had been expected on Wednesday, and then on Thursday

As discussions drag on, the announcement will now come “between Friday and Saturday,” Boccia said.

Meanwhile, the region of Veneto has announced its own set of restrictions over the Christmas period, and other local government are likely to follow suit.

What are the red zone rules?

Red zone restrictions, the strictest possible under Italy’s tiered system of coronavirus rules introduced in November, include ordering all non-essential shops to close as well as restaurants and bars, and forbidding travel within as well as to and from regions.

People would be allowed to leave their homes for essential reasons only, such as work, medical appointments, or buying essentials.

Does this mean we can’t travel to visit relatives?

It is not yet known whether some allowances will be made over Christmas in order to allow limited visits to family living nearby, even in the case that the whole country is placed under red zone rules.

As the travel rules currently stand, Italy will impose stricter limits on both international and domestic travel from December 21st to January 6th, with everyone arriving from overseas subject to 14 days of quarantine and crossing between Italian regions only allowed in emergencies.

Currently, all travel between towns will also be forbidden on December 25-26th and January 1st.

Under the existing red zone restrictions, visiting family members is not seen as a valid reason for travel unless providing assistance to a person who is “not self-sufficient”.

READ ALSO: Can you spend Christmas with family and friends in Italy this year?

There have been reports in some Italian newspapers on Friday that the rules will change to allow some travel to relatives in nearby towns.

According to a leaked draft text sent to regional governments, reported by Ansa, travel will be allowed to and from small municipalities (defined as those with fewer than under 5,000 inhabitants) to other towns within a radius of 30 kilometers.

“A maximum of two non-cohabiting people will be allowed to visit private homes. Under-14s are exempt and their movements will therefore be allowed”, Ansa reports. However, the draft text could yet be altered before a final version is published.

What will the rules be in the new year?

Announcing the latest emergency decree on December 3rd, ministers said that many rules would remain in place until after Epiphany on January 6th. Italy would begin to “reopen” from January 7th, Conte said.

But as the health ministry says coronavirus infection rates remain worryingly high in many regions, there are now doubts about exactly which restrictions will be lifted and when.

We don’t yet know exactly how long the Christmas restrictions will last. But after that, at least some of the rules are set to remain in place.

“The system of red, orange and yellow zones will continue in January and February,” minister Boccia said on Thursday.

“But for the period from Christmas Eve to Epiphany, whether until the 3rd or 6th of January, the more restrictions there are, the better.”

If you're planning to travel to Italy after January 6th, here's a look at the restrictions that will be in place.
Please note The Local is not able to advise on specific situations. For more information please see the Italian Health Ministry's website (in English). 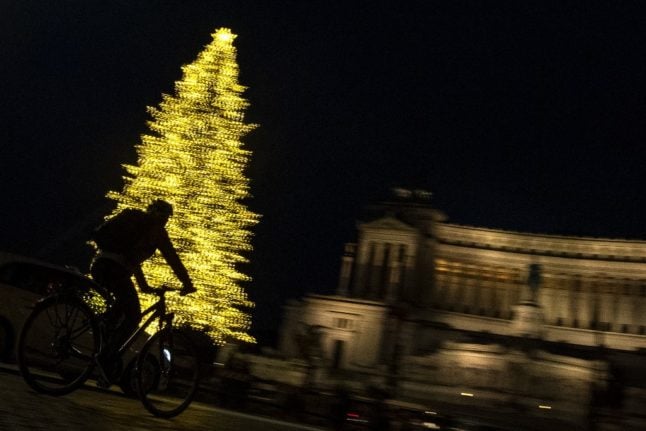 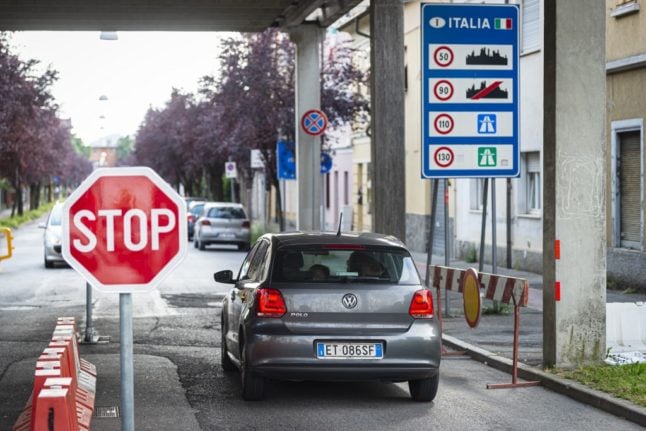 TRAVEL
Do you have to get tested or quarantine if you’re transiting through Italy this Christmas?

TRAVEL
Do you have to get tested or quarantine if you’re transiting through Italy this Christmas?
Url copied to clipboard!