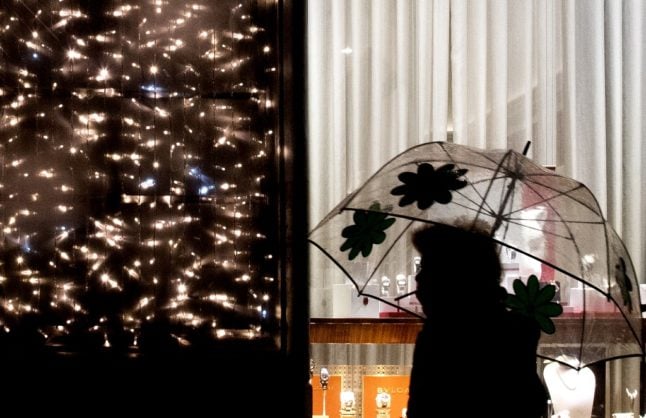 The government on Monday confirmed it had loosened a planned restriction on travel between towns over the Christmas holidays on the dates when “red zone” rules apply.

It had repeatedly tightened the coronavirus rules over the festive season, as it seeks to avoid a new spike in infections over the holidays.

The toughest 'red zone' restrictions will be in place over Christmas, New Year and Epiphany, meaning Italy will go in and out of lockdown over the holiday period.

CALENDAR: How Italy's rules will change throughout Christmas and New Year

People must not circulate within their own towns, between towns, or between regions without a valid, urgent reason.

On the ten 'red' days during the holidays it will be possible to visit people in a different town within the same region, Palazzo Chigi clarified.

The goverment had previously said that all travel between towns would be banned on Christmas Day, Boxing Day and New Year's Day. It then said that travel within a certain radius was allowed. While that rule remain in place on 'orange' days, travelling anywhere in your region is now permitted.

However you're only allowed to go out once a day on 'red' days, and only to visit loved ones.

A maximum of two people at a time are allowed to visit family and friends, according to the update.

Restrictions do not apply to children aged under 14.

The government added the following clarification via to the coronavirus FAQ on its website on Monday:

The government has already updated several rules via tweaks to the FAQ, including the rules on visiting second homes over Christmas.

Travel remains limited between all Italian regions from December 21st to January 6th.

During that period, travel between regions is only allowed for work, health, and emergency reasons, and you'll need to take a completed self-certification form with you if travelling.

International travel is also further restricted during this period: anyone arriving in Italy from abroad is subject to a two-week quarantine.

People from most countries outside Europe can still only travel to Italy for essential reasons, and on Sunday Italy also banned flights and all arrivals from the UK until January 6th amid concerns about a new strain of the coronavirus.