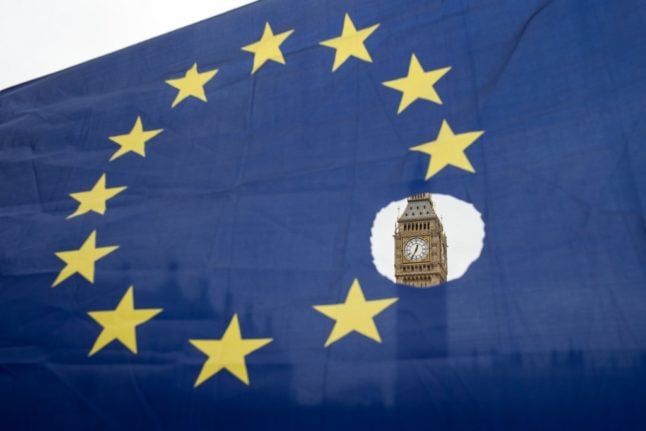 EU membership and freedom of movement has allowed tens of thousands of Britons to move abroad to live, work, fall in love and retire without the need for visas.

But British PM Boris Johnson and his government have decided to end freedom of movement, much to the regret of EU leaders.

Until now, mastering the local language was a bigger hurdle for settling in an EU country than the paperwork, but from 2021 things change.

No visa will be needed to stay in EU or the wider Schengen zone for under 90 days in every 180 day period, but anyone who plans longer stays or to work or retire will have to apply for one.

So for example someone now resident in France would not be able to move to Germany without going through the process for visas.

That means the freedom they used to leave the UK in the first place does not continue, much to the dismay and anger of many.

“UK citizens living in EU made a commitment to the EU and should retain Freedom of Movement. The UK government should be negotiating this on our behalf,” said one reader of The Local.

Unfortunately the British government chose to end freedom of movement for EU citizens wanting to move to the UK, and as a result its own citizens lost their right to live in the EU's 27 member states.

When The Local asked its British readers in Europe to explain how their future plans would be affected by the loss of freedom of movement the responses were clear.

“Plans are ruined”, “impossible”, “not going to happen”, “we'll need visas”, “everything will become more complicated and more expensive” were just a few of the responses from people who had plans to either move to another EU country or to continue residing between two of them as many have done up to now.

Many spoke of the difficulties for partners, children and parents all now facing obstacles to reunite with their family who had moved to another country.

But undoubtedly the main impact will be felt by those whose career opportunities are now hampered.

Freedom of movement has enabled Britons and Europeans to pursue career opportunities abroad without the need for visas and bureaucratic hurdles.

Those opportunities are vow vastly reduced.

Kirstie, 38, a classical musician based in Germany who works across Europe intended to move to other countries in Europe depending on professional opportunities. But they not arrive after January.

“With the end of freedom of movement and the lack of onward movement rights for those already living in the EU, it's very likely that many professional opportunities will become unavailable to me,” she said.

“Or at least, I'm much less likely to be offered them, as that will require the organisations involved to get permission and a visa for me, when many other performers do not require any formal paperwork beyond a contract and maybe an A1 form.”

Matthew, 40, a reader in France  who would like to move to Germany explained the future complications of moving to another country in Europe.

“This means that I'll be more likely to stay in France, and not pursue other career options – even moving back to the UK would mean losing what residency rights I have here,” said the reader.

“And even if my company sponsored a visa in another country such as Germany, the situation with pensions means that it would make less sense for me to accept. It's a real narrowing of future options.”

Matt, 29 a pilot based in Spain has had to put on hold a future job opportunity in Portugal.

“I applied for a transfer to Portugal where my company offers a full time contract. Now I will not have the automatic right to live and work in Portugal.

“I have had to postpone the transfer indefinitely and remain on a part time contract which is not where I wish to be. I must consider myself lucky though to still have a job under these circumstances but it is hard to adjust to losing a freedom many of us took for granted. “

A Spain-based English teacher added: “I'm a freelance teacher with my own company in Spain. I can theoretically still work in other EU states but it's much more complicated now.”

Another France-based reader who would like to move to Germany or Finland explained how the need to obtain post-Brexit residency in France to secure their future meant a narrowing of career opportunities.

“I have had to decline significant career progression job opportunities across the EU to remain in France, in order to establish my 5-year residency in order to apply for French (and thus EU) citizenship.”

Ben Robson, a 36-year-old mechanic said: “I will need to stay in France now and be less flexible to explore employment opportunities in Switzerland. I'll also not be able to consider moving to Italy where land prices are more realistic. I've lost my choice.”

Many of those affected by the loss of freedom of movement and the subsequent 90 day rule are second home owners, who bought properties in other EU countries and spend lengthy periods of time there each year.

That will now be impossible.

One second home owner named Daniella, a 57-year-old midwife said: “The 90-days rules will stop me from going to my French property which I will own from January 12th, 2021 and I will need to renovate significantly – that will take longer than 90 days. Once completed it will stop me from accessing my home in France even though I own it.”

Kevin McGovern, 62-year-old Business consultant, who owns a summer house in Sweden said: “We have had the house in Sweden for 18 years. We have 'come and gone' as we pleased over that time.

“The result is that we spend most of the summer in Sweden and have occasional visits in winter. We have more than 90 days in Sweden over summer. We have checked with immigration authorities and we will have to apply for a Visitors Extended Stay Visa each year.

“Since the summer house has always been the 'house' we will never sell – we will have to jump through all the necessary hoops just to keep doing what we have done for 18 years!”

But it's not just about homes, the end of freedom of movement makes health matters all the more complicated.

Kevin adds: “Our biggest issue is healthcare. My wife has Secondary Breast Cancer. Getting travel insurance with healthcare is proving tricky. In the end it will possible but expensive.”

Other home owners spoke of the reality that they will have to sell their properties.

“We own an apartment in Mallorca for our own use and are very worried that it's going to be financially difficult to keep it,” said one reader.

What's clear is that even though it's over four years since the shock referendum result, the anger felt by many at the loss of EU citizenship and the rights and freedoms that went with it is still raw.

“I am still furious we are throwing away this extraordinary privilege,” said one reader.