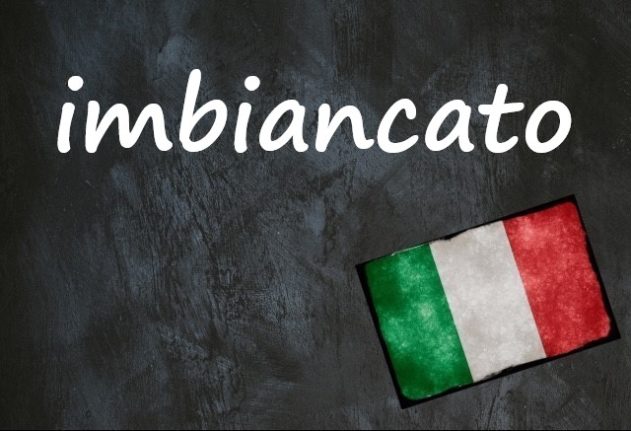 Whenever freezing weather arrives in Italy, it makes for some stunning photos of famous sights transformed by more than a slight dusting of snow.

Many visitors are surprised to learn that it can snow heavily even in southern Italy, and that snowfall is common in the north. There's no doubt that Italy's already jaw-dropping sights and landscapes are even more magical in this weather.

Luckily, Italians have a particular word to describe the phenomenon.

Imbiancato is an adjective used to describe something that has been turned white, or diventato bianco.

We don't have a one-word equivalent for this in English – it would be something like 'enwhitened'.

Some dictionaries give 'whitewashed' as an English translation, but that doesn't quite work – since we don't say that snow has “whitewashed” a place.

As if one cool word for being covered in snow wasn't enough, you could also use innevato, also meaning snowy or snow-covered.

– The whole city was covered in snow

We think these are beautiful examples of how sometimes we express even the simplest thoughts completely differently in Italian than we would in English.

And of course, you can also say:

So when you come across a magical Italian winter landscape, at least you won't be lost for words in Italian.