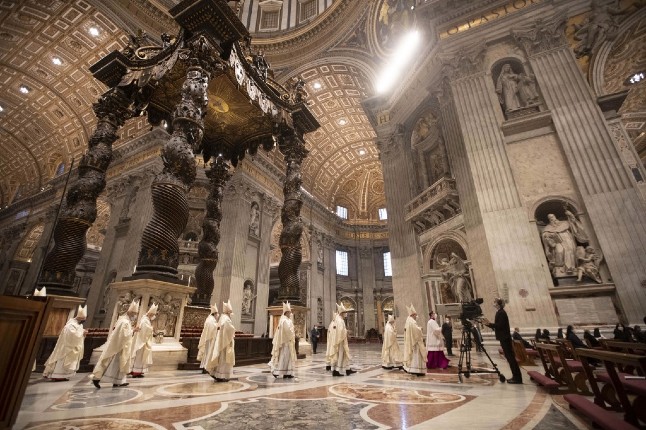 A procession of clergy leaves at the end of a New Year's Mass in St Peter's Basilica. Photo: Alessandra Tarantino / POOL / AFP
No mention was made in the short press release about Pope Francis and when the 84-year-old pontiff will receive a vaccine.
“It is foreseeable that the vaccines could arrive in the State in the second week of January, in a sufficient quantity to cover the needs of the Holy See and the Vatican City State,” it said.
The Vatican has purchased a low temperature refrigerator for storing the vaccine, with inoculations to start in the second half of January, it said.
Priority would be given to “health and public safety personnel, the elderly and personnel most frequently in contact with the public.”