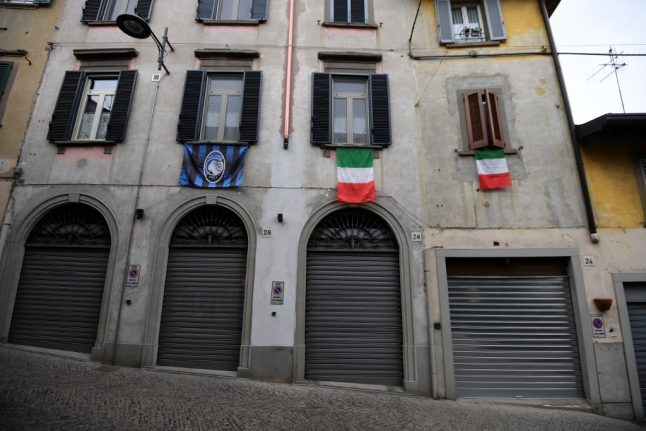 In a statement issued overnight after a cabinet meeting, it said it would seek to borrow an extra 32 billion euros (39 billion dollars).

The money will be used to offer “further help” to businesses and citizens “worst hit by the effects of the Covid-19 pandemic,” the government said.

Parliament would have to approve the new debt request but this is seen as a formality despite the political crisis threatening the government's survival.

Former premier Matteo Renzi, who this week triggered a government crisis mid-pandemic by pulling out of the ruling coalition, said his Italia Viva party would back any proposal to help virus-hit businesses.

In a quarterly bulletin on Friday, the Bank of Italy said the economy was not expected to return to pre-pandemic levels before 2023.
After a 9.2-per-cent drop in 2020, gross domestic product (GDP) was projected to grow by 3.5 per cent in 2021, 3.8 per cent in 2022, and 2.3 per cent in 2023, the bank said.
Italy's public finances, already stretched before the pandemic, have worsened dramatically.
Official data earlier this month showed the public deficit in the third quarter of 2020 stood at 9.4 per cent of GDP, compared to 2.2 per cent in the same period of 2019.
However, Italy is one of the major beneficiaries of a huge European Union recovery fund, expecting loans and grants worth around 220 billion euros.

Italy was the first country in Europe to have been overwhelmed by the pandemic.

To date, it has suffered nearly 81,000 virus deaths and its economy has plunged into a deep recession.

“The situation cannot be underestimated. Let's work together in a timely manner to anticipate the restrictions to avoid a new strong wave,” the minister told regional leaders on Thursday.

Much of the country is expected to be declared an orange zone later on Friday, depending on regional health data.

According to the Corriere della Sera newspaper, Lombardy, Emilia-Romagna and Calabria risk being reclassified as “red zone” regions, subject to a partial lockdown.