New analysis of Italy's health data appears to show a drop in coronavirus infections, deaths and hospitalisations this week, which experts say is because of tough measures in place over Christmas.

The number of new Covid-19 cases registered last week was down by 24% on the week before, according to weekly analysis by physicist Giorgio Sestili.
Admissions to intensive care units were down 21% and deaths dropped by 13%, according to the analysis.
“Finally we can see the effects of the measures put in place over Christmas,” Giorgio Sestili commented on his Facebook page.
Until then, he explained, “we had in fact for two consecutive weeks seen an increase in infections, after six weeks of reduction”.
Current health ministry data appears to confirm the downward trend in infections. 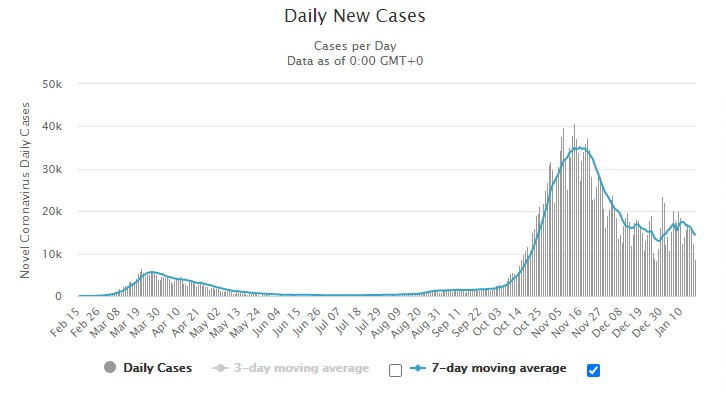 Graph: Worldometers. Data source: Italian Health Ministry
Agostino Miozzo, the coordinator of the Technical-Scientific Committee (CTS), a panel of experts advising the government on coronavirus containment measures, said on Monday that “at the moment the (contagion) curve seems under control”.
“Citizens have paid a heavy price, we had an unusual winter holiday period, but the results are clear,” he said.
“We haven't had the same curve that other countries have had, we don't have the number of victims that other European countries have had”. 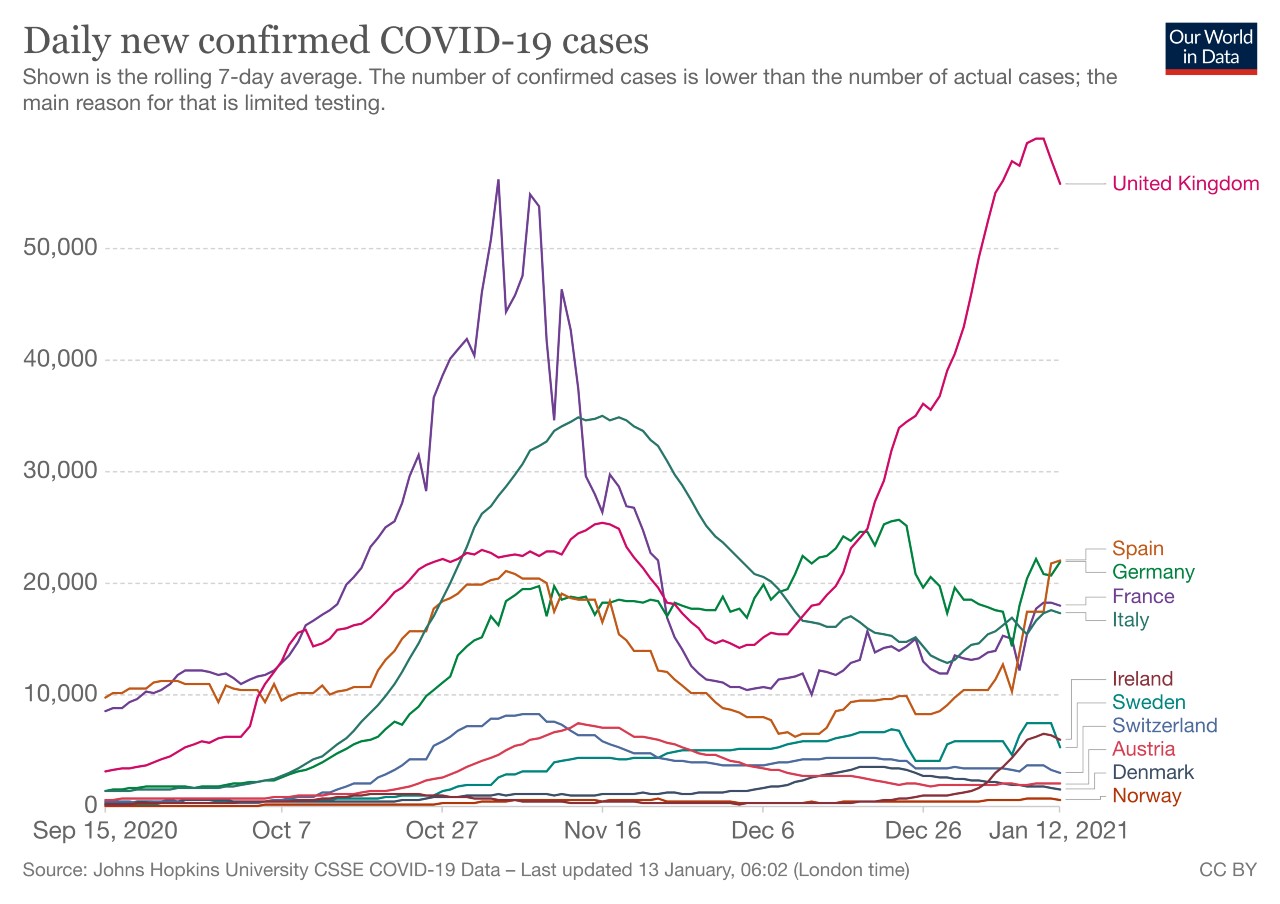 COMPARE: Nine charts to show how European countries are faring in battle against Covid-19 surge

“We had in fact for two consecutive weeks seen an increase in infections, after six weeks of reduction”.

On January 14th, with cases rising, the Italian government announced further restrictions including keeping the regional travel bans and limits on house guests, enforced over Christmas, in place.

Italy on January 14th also reintroduced its tiered system of restrictions based on the local contagion risk in each region.