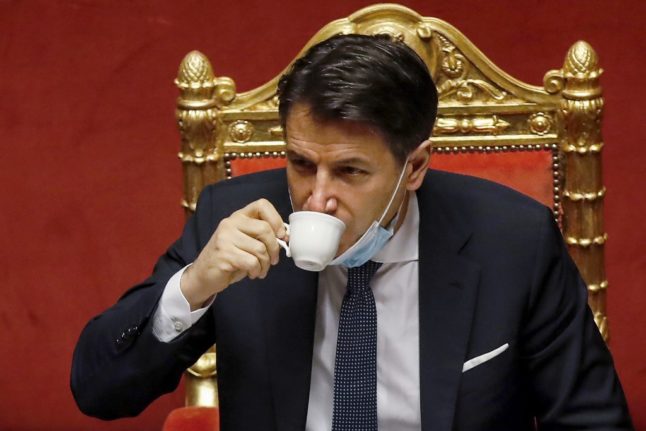 Italian Prime Minister Giuseppe Conte prior to the confidence vote at the Senate on Tuesday. Photo: Alessandra Tarantino/POOL/AFP
Conte survived the second crucial vote of confidence in parliament, but his coalition government was left weakened after it failed to secure an overall majority.
The premier won by 156 votes to 140 in the Senate, the upper chamber, but fell short of the absolute majority of 161.

The ruling coalition has been in crisis since former premier Matteo Renzi withdrew his Italia Viva party last week.

Conte has been desperately seeking the backing of opposition lawmakers to allow his coalition government, formed in 2019, to stay in power.

“The government has also got the confidence of the Senate. Now the goal is to make this majority even more solid. Italy doesn't have a minute to lose,” Conte tweeted on Tuesday night, shortly after the vote

Although the possibility of snap elections appears to be averted, at least for now, Conte's minority government has been weakened, and will be more vulnerable to attacks from the opposition in months ahead.

Giuseppe Conte wins the confidence vote in ?? Italy's Senate with a very slim simple majority. He can stay on, but it will be extremely difficult to govern. There will be more maneuvers in the coming day, but a strong government this is not. #Senato

“Today's vote will not bring the crisis to an outright end,” wrote Wolfgango Piccoli of the Teneo consultancy ahead of the vote.
“It remains unclear how such a weak and unwieldy coalition… can lead Italy out of the deepest economic crisis since World War II amid a pandemic.”

Conte's government won a first confidence vote late Monday in the lower house, but faced a tougher task persuading the Senate, where it lost its majority following Italia Viva's defection.

In both speeches to the Chamber of Deputies and Senate, Conte appealed for support from lawmakers from “the highest European tradition – liberal, popular and socialist”. 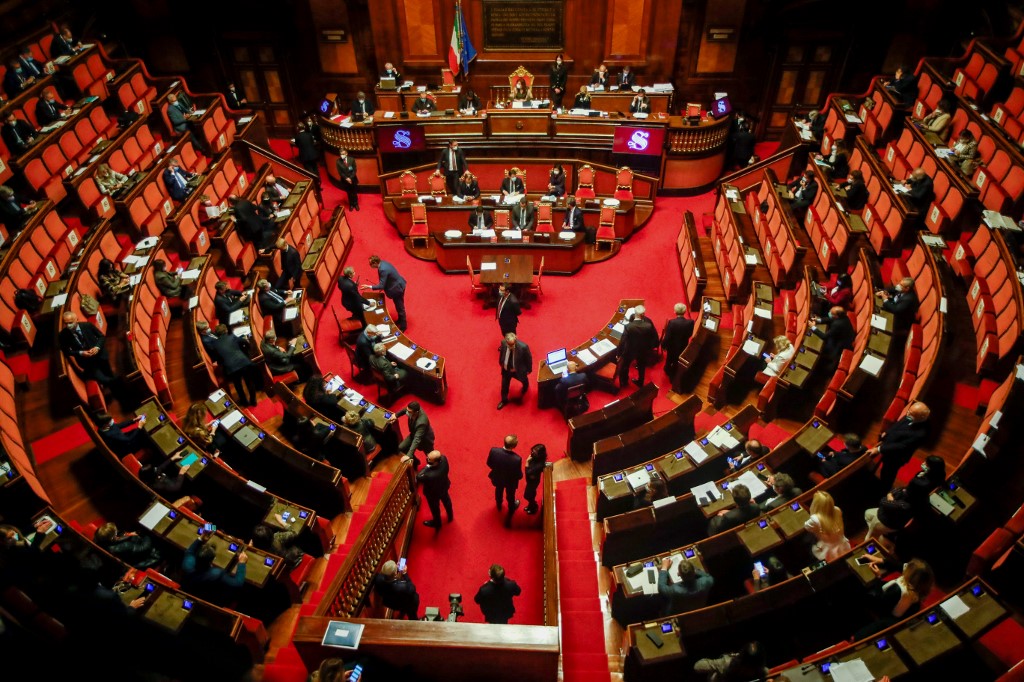 A view of the Senate at Palazzo Madama in Rome prior to the confidence vote on January 19th. Photo: Alessandra Tarantino/POOL/AFP

Conte's coalition is made up of the former anti-establishment Five Star Movement (M5S), the centre-left Democratic Party (PD) and a smaller leftist party.

Conte will hope over the coming weeks to persuade a few renegade Christian Democrat, conservative and socialist lawmakers, as well as former M5S members and defectors from Renzi's side, to join them.

The knife-edge nature of the vote was demonstrated by the decision of some lawmakers to attend despite coronavirus restrictions.

Liliana Segre, a 90-year-old Holocaust survivor and non-partisan lifetime senator, said she had contradicted her doctor's advice to travel from Milan to Rome to cast her vote for Conte.

Italy was the first European country to face the full force of the pandemic early in 2020 and has been one of the EU's hardest-hit countries.

It has been allocated a large share of a 750-billion-euro ($904 billion) European Union rescue fund, but Conte's 220-billion spending plan was a trigger for the current turmoil.

For weeks, Renzi had criticised Conte for his leadership style and his handling of the pandemic, and warned that he and M5S risked squandering the EU billions.

Critics in turn accused Renzi – whose Italia Viva party is polling at just three percent – of seeking to deliberately destabilise the government so he can play kingmaker.

Conte compared Renzi on Tuesday to “someone who constantly fills the common path with mines” and said he found it “very difficult” trying to govern while being under attack.