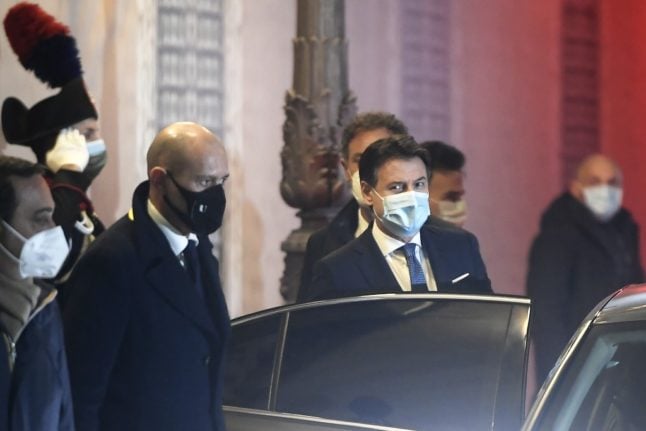 The government was plunged into crisis after ex-premier Matteo Renzi withdrew his small Italia Viva party from the ruling coalition.

His move last week opened up a period of political turmoil, while the Covid-19 death toll mounts and Italy must come up with a credible plan to spend 220 billion euros ($266 billion) in EU recovery funds.

Though the government survived a confidence vote on Tuesday, it has been left weakened.

Conte survived Renzi's challenge by securing the backing of the Senate, by 156 votes to 140, but fell short of winning the 161 needed for an overall
majority.

“Conte is saved, but you can't govern like this,” La Stampa newspaper wrote on its front page after Tuesday evening's knife-edge result in the Senate, the upper chamber.

As is so often the case in Italian poltiics, nothing is certain.

While a snap election seems to be off the table for now, there are days or weeks of political wrangling ahead for the government as it tries to find a way forward.

Here's a look at what's on the horizon. 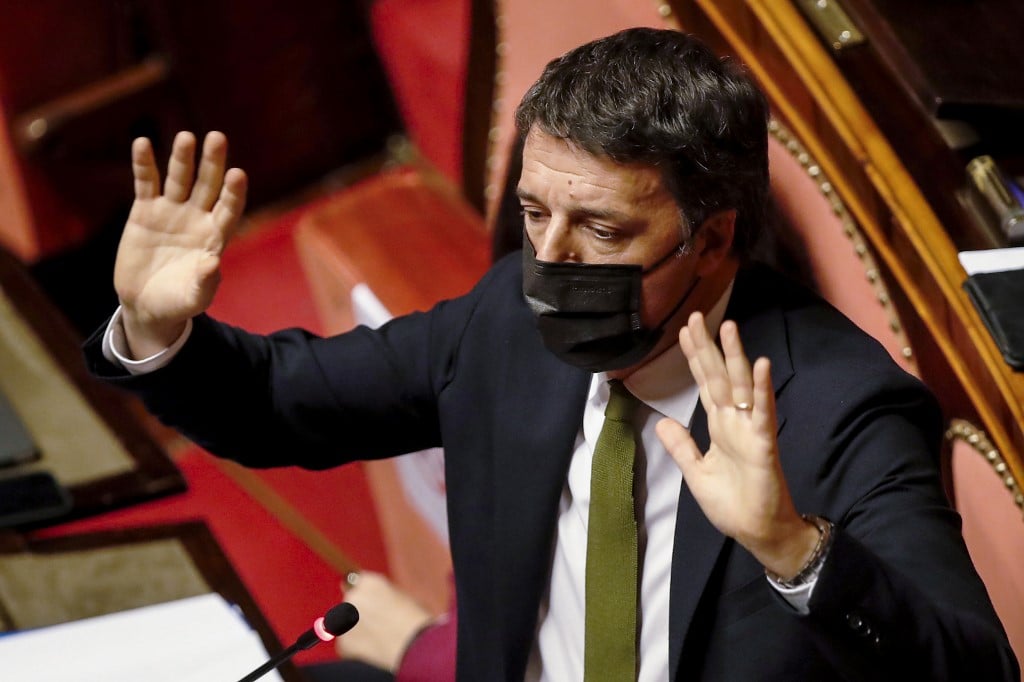 Matteo Renzi addresses the Senate prior to the confidence vote on Tuesday. Photo: AFP

The Senate vote left Conte leading a minority government which may struggle to push its agenda in parliament, just as it is dealing with the coronavirus and a severe recession.

The ruling coalition, comprising the populist Five Star Movement (M5S), the centre-left Democratic Party (PD) and a smaller leftist party, is now trying to beef up its numbers.

It hopes to win over some opposition lawmakers, citing the need to preserve stability and avoid snap elections in the middle of the pandemic.

Three senators from opposition parties made the leap on Tuesday night, but several more are needed to give the ruling coalition a more solid parliamentary footing.

The Senate vote “is clearly not the end goal, but a starting point”, Culture Minister Dario Franceschi, a key member of the PD, told La Repubblica.

“A government is strong if it can count on 170 senators. So we must now work to strengthen it,” he added, calling on centre-right “moderates” to
switch sides.

Reshuffle on the cards?

Most opposition backbenchers are also in no hurry to face voters. Their re-election chances are reduced after recent reforms cut the number of parliamentary seats by one-third.

Conte can offer the incentive of a government job for new arrivals. In his speeches to parliament, he clearly said he was open to a reshuffle in the
coming weeks. 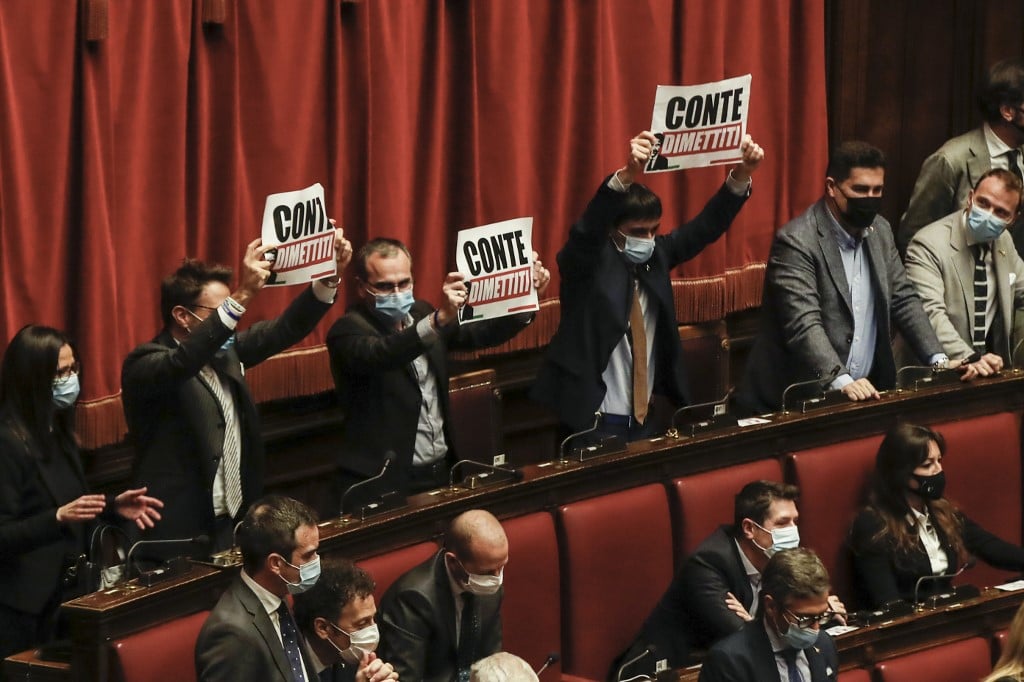 If Conte fails to woo enough opposition forces, his hold on power will become increasingly tenuous, especially once the threat of fresh elections
evaporates.

Under Italy's constitution, parliament cannot be dissolved in the last six months of a sitting head of state's mandate, and President Sergio Mattarella's term ends in January 2022.

This means that in six months' time anyone seeking to unseat Conte could trigger a new political crisis without the risk of elections.

A possible outcome could be a grand coalition government to see Italy through the worst of the pandemic. Renzi said he would be open to this.

What now for Renzi?

The Italia Viva leader quit the government after weeks of criticising Conte's leadership style, the government's record on the pandemic, and its plans for the EU recovery funds.

Renzi has argued that the unprecedented sum risks being wasted on hand-outs rather than long-term investments, despite Conte's promises.

But critics accused Renzi – whose party is polling at just three percent – of seeking to deliberately destabilise the government so he can play kingmaker.

“I will have fun in opposition. I will hold the balance on everything,” he told reporters on Tuesday.

Conte compared Renzi on Tuesday to “someone who constantly fills the common path with mines” and said he found it “very difficult” trying to govern while being under attack.