The idea that richer areas should get a bigger share of coronavirus vaccines has sparked an outcry in Italy, where inequality in healthcare funding between regions is a major issue.

The proposal came from Letizia Moratti, the aristocrat wife of a late oil baron, who this month was appointed health chief of the northern Lombardy region, which includes Milan.
Writing to the government coronavirus crisis commissioner, she said vaccines should be allocated to regions based not only on population density, but also on gross domestic product (GDP), local impact of the pandemic and levels of mobility.
“It is not about giving more vaccines to richer regions… but in helping Lombardy's recovery you would automatically help the recovery of the whole country,” she said in the letter, parts of which media published.
Lombardy, which already has received the largest share of doses on account of being the most populous region, ticks all Moratti's boxes. 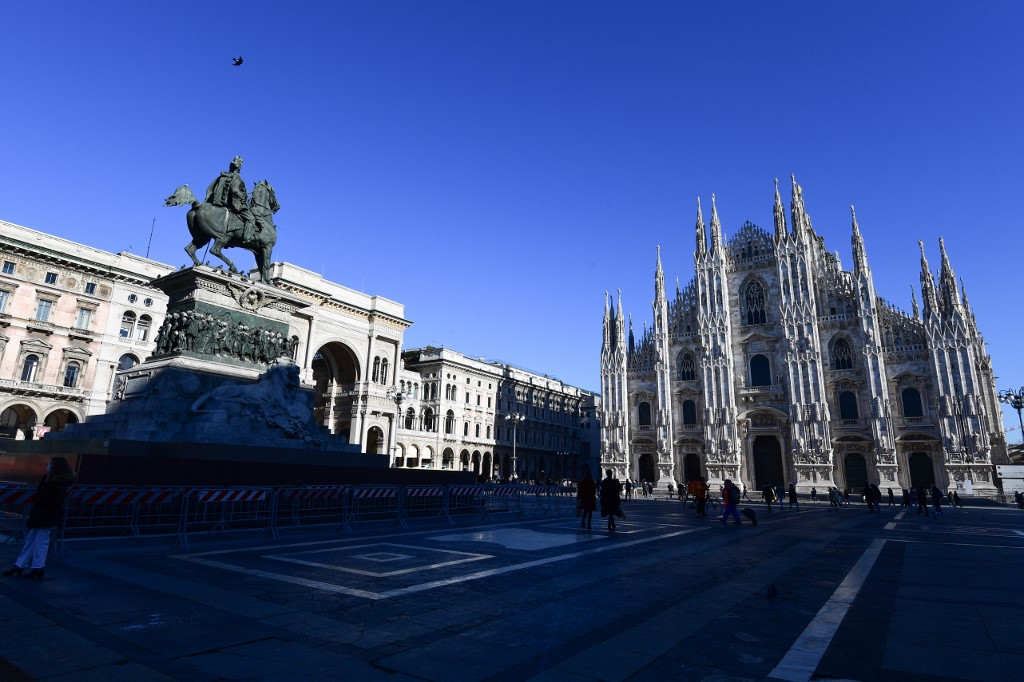 Milan and the surrounding Lombardy region has been badly hit by the coronavirus pandemic. Photo: AFP
It is has the highest regional GDP and the worst coronavirus record, accounting for almost a third of the Italy's more than 82,500 virus dead.
And it is one of the few Italian regions declared a red zone under renewed coronavirus restrictions since Sunday.
Health Minister Roberto Speranza was quick to dismiss Moratti's idea.
“Everybody has a right to be vaccinated, regardless of the wealth of the place where they live,” he said, stressing that health was a constitutionally-guaranteed public good and “not a privilege for those who have more”.

Vincenzo De Luca, leader of the Campania region in Italy's poorer south, called Moratti's proposal “one step away from barbarity”, and urged her to retract her “ill-thought remarks”.
Italy has long had a north-south 'health gap' and a problem with inequality in the funding of healthcare between its regions, each of which manages its health infrastructure independently under the country's decentralised system.
READ ALSO:
Italy has so far administered more than 1.2 million doses of the vaccine, more than other European Union nations.
It has begun administering second doses, but most regions have temporarily paused new first doses due to a supply delay affecting the whole of Europe.

Some regions including Lazio have said they aim to begin vaccinating over-80s in February.

Doctors and other healthcare workers are first in line (some 1.4 million people) along with residents in care homes – just over 570,000 people. the health ministry has said.

Italy's latest vaccination data, both regional and national, is being regularly updated on this government website.