Italy is revising its vaccination plan this week and has threatened to take legal action against vaccine manufacturer Pfizer over a supply delay.

The Italian government is revising its national plan for the distribution of Covid-19 vaccines due to the delay in supplies across Europe, Italy's Ansa news agency reports.

With fewer vaccines than expected to be available in the coming weeks, Italian ministers are meeting to review national distribution plans in order to ensure all regions can administer second doses to those who have had the first.

Regional Affairs Minister Francesco Boccia on Wednesday confirmed that the government was considering legal action against pharmaceuticals giant Pfizer over the delay, and called on Italy's regional health authorities to show “solidarity” to ensure no part of the country runs out of vaccines.

“Protecting the health of Italian citizens is not negotiable,” Domenico Arcuri, the special commissioner for the pandemic, said in a statement late Tuesday.

He had called a meeting with ministers and regional leaders to consider how to protect the health of Italy's population “in all civil and criminal venues where possible”, he said.
“It was unanimously decided that these actions will be taken starting in the next few days.”
Pfizer/BioNTech's vaccine was approved for use in the European Union in late December and has been quickly rolled out across European countries.
Italy began administering the Pfizer vaccine, to health workers and elderly care home residents first, on December 27th, the start of the European vaccine roll-out.

But just as Italy began distributing the second doses three weeks later, from January 17th., the vaccination campaign in Italy and elsewhere in Europe was hit by a temporary reduction in supplies of the vaccine by Pfizer. 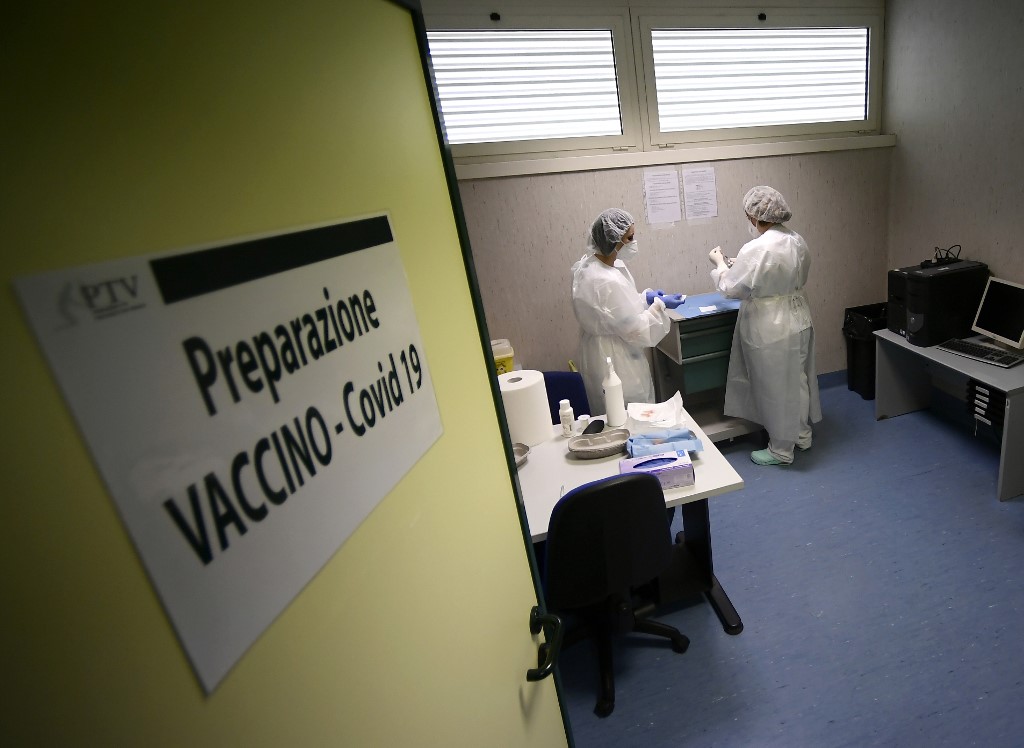 Pfizer said last Friday it would delay shipments of vaccinations over the next three to four weeks due to works at its key processing plan in Belgium, which it says are needed to increase producton capacity.
The following day, in a joint statement with German vaccine partner BioNTech, the US drugmaker said it had a plan to limit delays of deliveries to one week.
Arcuri said that 29 percent of promised doses were not delivered this week.
“The vaccination campaign cannot be slowed down, even less so for the administration of the second doses for the many who have already been given the first.”